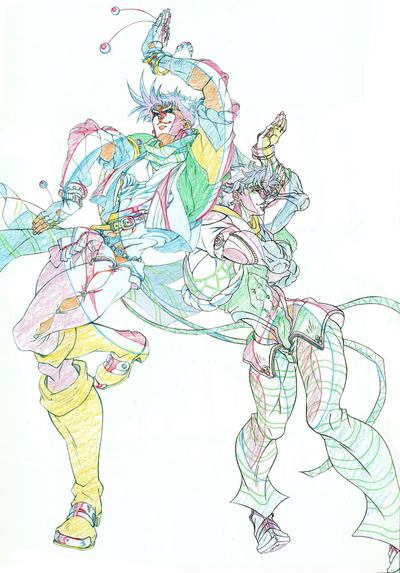 Takako Shimizu (清水 貴子, Shimizu Takako) is a Japanese animator credited as the chief animation director and character designer for the first season of the JoJo's Bizarre Adventure TV anime by David Production. She was also a key animator for the 2000 OVA adaptation by Studio A.P.P.P..

Shimizu is most known for her masculine, sketch-like drawing style. While working on series like Samurai Champloo, she notably has a tendency to focus on "density" rather than "form". Other series she's worked on include Zetman, Higurashi When They Cry and Nobunaga the Fool. Her husband, Noriyuki Akita, works at David Production and was cited as the production desk for season one.[1]