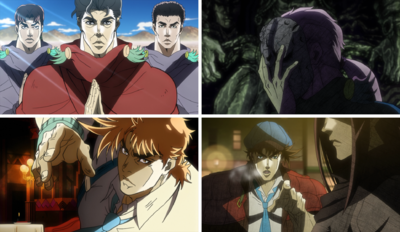 JoJo of New York (ニューヨークのジョジョ, Nyū Yōku no JoJo)[1] is the tenth episode of the JoJo's Bizarre Adventure anime. It is also the first episode of Battle Tendency. It covers Chapter 45 through Chapter 48 of the manga. 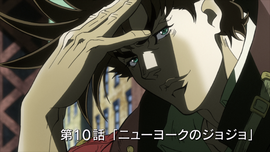 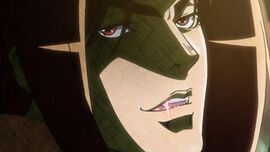 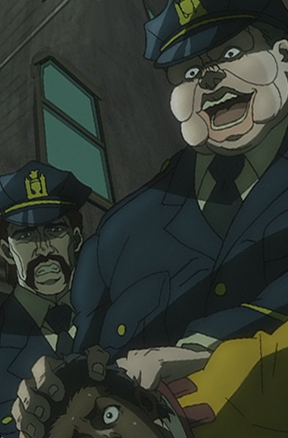 Commentary
“
This is the first episode of the Battle Tendency arc. Our approach was globally different from that of Phantom Blood. Notably concerning the colors.

Episode 10 is also that of the cops or the guy with the brass knuckles. The casting was on top of its game.
”
—Naokatsu Tsuda, Blu-Ray limited edition commentaries