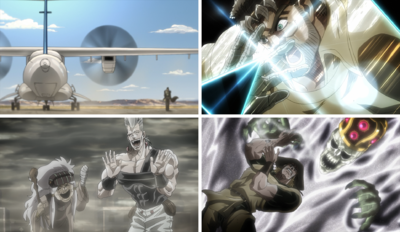 Commentary
“
We added an original scene at the very beginning of this episode, so that the group could leave Anne, the runaway girl. It was something that the original plot missed, and we had to give her an exit.