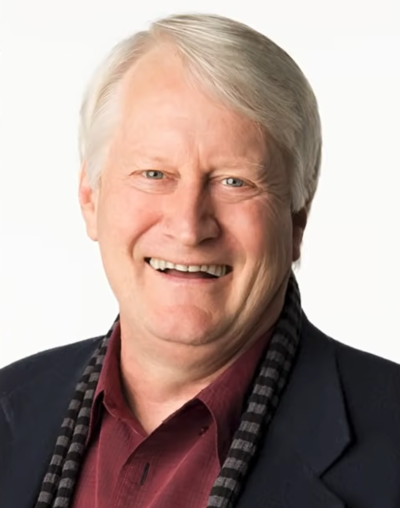 Charles Martinet is an American voice actor. He voiced Wilson Phillips in the 1993 OVA adaptation of Stardust Crusaders.

He is most well known for his role as the titular character, Mario, in the Super Mario franchise as well as the characters Luigi, Wario, Waluigi, and others. Outside of the Super Mario series, he is known for playing Paarthurnax in Skyrim, Gouji Rokkaku in Jet Set Radio Future, and Orvus in Ratchet & Clank Future: A Crack in Time.

Charles is of French descent and speaks both French and Spanish very fluently. His family moved to Barcelona, Spain when he was 12 years old, and later to Paris, France. He attended the American School of Paris and graduated in 1974.[3]

Martinet attended the Univeristy of California, Berkeley to study international law. However, he changed his career path when he began attending acting classes, supposedly on a friend's suggestion in order to combat his fear of public speaking. Martinet abandoned his law studies and attended the Drama Studio London. He then returned to California and joined the Berkeley Repertory Theatre.

Charles Martinet began his career as an actor in 1986, doing various minor roles for movies and televisions. His first credited movie role was for the 1986 drama film Hard Traveling as a district attorney. He also had a role as a deputy in the television action film Brotherhood of Justice. Over time, Charles Martinet would focus is career on voice acting instead of acting.

Charles Martinet's voice acting career debuted in 1992 when he voiced the video game character Mario in 1992 whereby he would play Mario and a motion capture technology would retransmit his facial expressions and voice in real time. He would voice Mario several times over the years and the role has become one of Charles Martinet's most famous ones. In addition to video game voiceovers, Martinet has worked as a voice actor in commercials, cartoons and promotions as well.