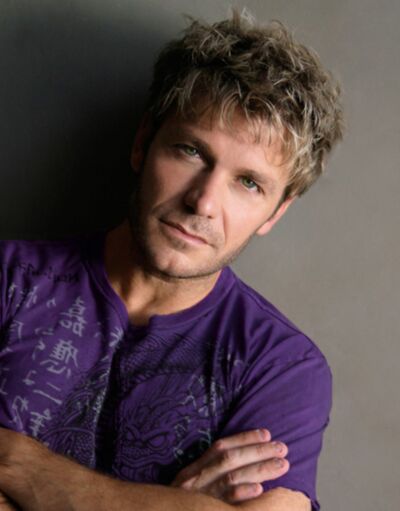 Vic Mignogna is an American voice actor. He is credited for his work as the voice actor for the character Rohan Kishibe in JoJo's Bizarre Adventure: Diamond is Unbreakable's English Dub.

He is also well known for his roles as E-123 Omega in the Sonic the Hedgehog series until Sonic Forces, Edward Elric in Fullmetal Alchemist, Sabo in One Piece, Broly in Dragon Ball Super: Broly, Rin Matsuoka in Free! and Nagato in Naruto Shippuden.

Vic Mignoga was born in 1962 in Greensburg, Pennsylvania. While working in video production with John Gremillion in Houston, Mignogna got involved in voice acting at ADV Films. He made his debut as Vega in the anime series Street Fighter II V.[2] Mignogna's first starring role was Gawl in Generator Gawl.[3] Mignogna started attending anime conventions, where he contacted Funimation and landed the voice role of Broly in the Dragon Ball films.[4]

In 2007, Mignogna won the American Anime Awards for Best Actor, for his work as Edward Elric in Fullmetal Alchemist.[5] Mignogna's voice acting career became prolific. In addition to voice acting, Mignogna was involved in production for music, sound and video,[6] producing jingles, has released albums (some being english covers of anime songs from, among others One Piece and the Dragon Ball series). He also was ADR director for the English dub of Claymore, in which he voices Rigaldo. Mignogna was also involved in fan productions such as Fullmetal Fantasy, Star Trek: New Voyages or Star Trek Continues.

In 2013 at the 1st Annual BTVA Anime Dub Awards, Mignogna won the People's Choice Award for Best Male Lead Vocal Performance in an Anime Movie/Special as Edward Elric in "Fullmetal Alchemist: The Sacred Star of Milos".

Mignogna was in a relationship with actress Michele Specht from 2006 to May 2018.[7]