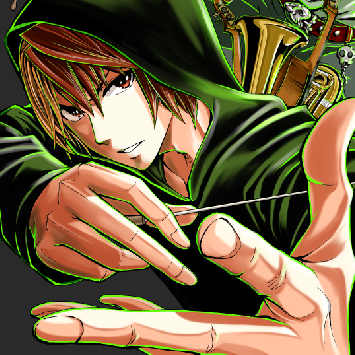 Hideo Shinkai (神海 英雄, Shinkai Hideo) is a Japanese manga artist. He was one of Hirohiko Araki's assistants for about 5 years along with Yasuki Tanaka and Hiroshi Shiibashi.[2]

Hideo Shinkai was born on July 27, 1982 in Maebashi, Gunma Prefecture.

Shinkai attended a municipal elementary school in Maebashi in his youth.[3] He enjoyed playing soccer, and also music. He played the saxophone and joined a brass band. Shinkai won the gold medal at the Gunma Prefectural Brass Band Competition in the summer of the second and third years of junior high school. Shinkai decided to become a manga artist after failing to find a job in the music industry. After graduating from university, Shinkai was employed as Hirohiko Araki's assistant for about 5 years.[3]

After being independent, Shinkai published four one-shots from 2004 to 2009. His debut work was "ensemble" published in the 2004 Summer "Jump Next!" issue, a work themed around a brass band. He followed it with "Heart Catcher" published in the 2005 Summer "Jump Next!", then "Dodge The Ball" in the ninth 2007 issue of Weekly Shonen Jump with dodgeball as a theme and "Q part !! in the thirtennth 2008 issue of WSJ.