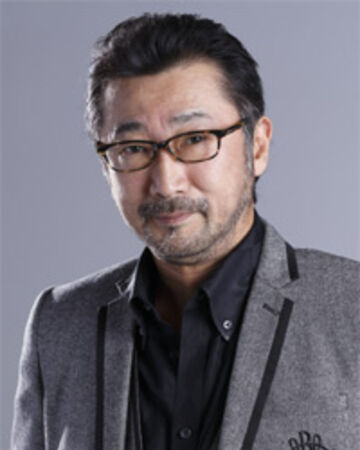 Akio Otsuka (大塚 明夫, Ōtsuka Akio) is a Japanese voice actor, actor and narrator. He is credited for his work as the voice actor for the character Wamuu in JoJo's Bizarre Adventure: The Animation.

He is also well known for his roles as Black Jack in Black Jack, Blackbeard in One Piece, Batou in Ghost in the Shell, All For One in My Hero Academia, Rider in Fate/Zero, Solid Snake in Metal Gear, Seth in Street Fighter IV, and Lord Shimura in Ghost of Tsushima.

Akio Otsuka was born in Tokyo in 1959. He is the son of Chikao Ohtsuka, himself a well-known voice actor, who voiced Joseph Joestar in the JoJo's Bizarre Adventure OVA.

Otsuka married Yoko Soumi in 2005 but divorced her in 2009. He remarried in 2017 to a spouse not from the entertainment industry.[2]