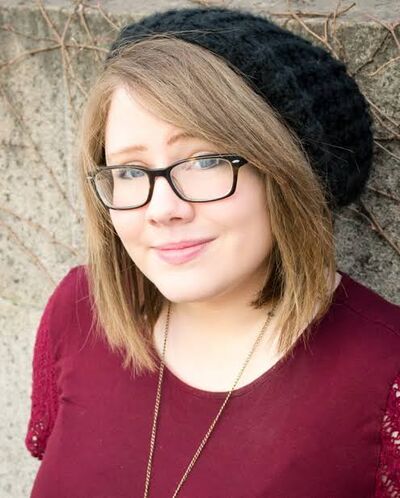 Brittany Lauda is also known for voicing Ichigo in Darling in the Franxx, Cow Girl in Goblin Slayer, Yuzuriha Ogawa in Dr. Stone, Riko in Made in Abyss, Opal in World War Blue, Satoko Hojo in Higurashi When They Cry - Gou, young Trafalgar Law in One Piece, Kon in Kemono Jihen, several characters from the My Little Pony series in mobile apps (mainly Rainbow Dash and Fluttershy), and Amaya Raine in Rainbow High.

Brittany Lauda was born in Huntington, New York, USA, on February 18, 1993. She graduated from Harborfields High School in Greenlawn, New York,[1] and the State University of New York at Geneseo with a Bachelor of Arts degree in history.[2] Lauda first stepped into the voice acting industry when she debuted as Mirim in Queen's Blade Rebellion as part of the English dub cast back in 2013.[3] She then continued on to make notable appearances in popular anime, with one of her major roles being Plug Cryostat in Juden Chan.

On December 1, 2021, during the launch of the JoJo's Bizarre Adventure: Stone Ocean anime on Netflix, Lauda announced on her Twitter that she would be voicing Foo Fighters in the English dub of the show. She stated that she cried when getting the role and always wanted to share a role with Mariya Ise.[9]