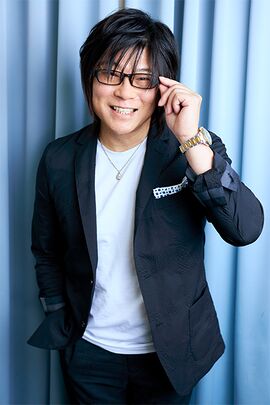 Toshiyuki Morikawa (森川 智之, Morikawa Toshiyuki) is a Japanese voice actor. He is the voice actor for Yoshikage Kira in the anime adaptation of JoJo's Bizarre Adventure, specifically its third season, Diamond is Unbreakable.

He additionally voiced Diavolo in JoJo's Bizarre Adventure: All Star Battle and Eyes of Heaven.

, Sephiroth in the Final Fantasy

series, Dante in the Devil May Cry

, Enel and Hatchan in One Piece

, and Kagaya Ubuyashiki in Demon Slayer: Kimetsu no Yaiba