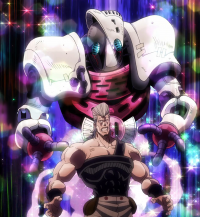 On the shore of the island, Polnareff discovers an aged lamp which he naturally rubs. Strangely, it causes a genie named Cameo to appear and grants Polnareff three wishes. Polnareff is skeptical and jokingly asks to become rich, but is then totally convinced that Cameo is a real genie when he discovers a chest full of old gold coins. After spending a moment trying to imagine his next wish, Polnareff asks if his wishes can bring people back from the dead and demands that his sister Sherry and Avdol are brought back to life. Cameo seemingly obeys and disappears, and Polnareff sees a shadow lurking in the high herbs. 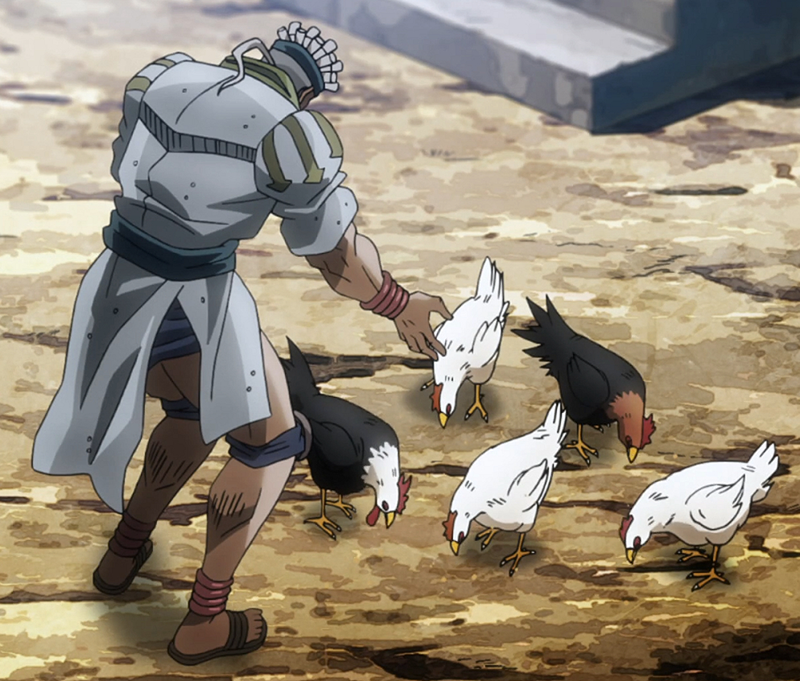