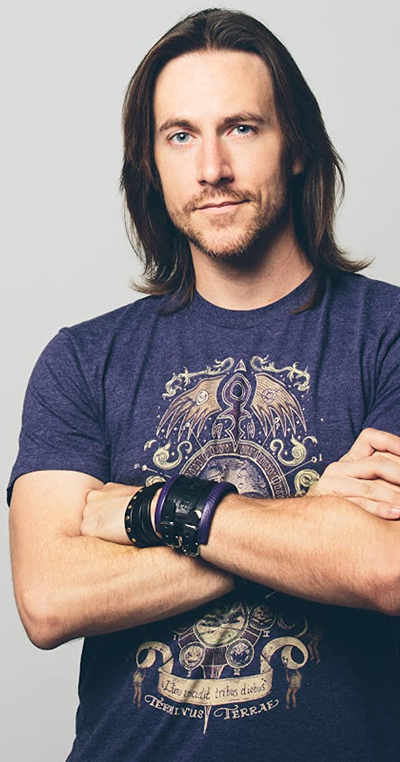 Matthew Mercer is an American voice actor working primarily out of Los Angeles, California. He is notable for voicing Jotaro Kujo in the TV anime adaptation of JoJo's Bizarre Adventure.

He also voiced a minor character, Akira in Diamond is Unbreakable.

He is well known for his several other roles such as Levi Ackerman in Attack on Titan, Trafalgar Law in One Piece, Leorio Paradinight in Hunter × Hunter, Hit in Dragon Ball Super, Kiritsugu Emiya in Fate/Zero, Alvin in Tales of Xillia, Leon S. Kennedy in Resident Evil 6, Chrom and Ryoma in Fire Emblem, Yusuke Kitagawa in Persona 5, Cassidy in Overwatch, and Espio the Chameleon in the Sonic the Hedgehog series.

Mercer is also well-known for his role as the Dungeon Master in the Dungeons & Dragons web series Critical Role.[2]