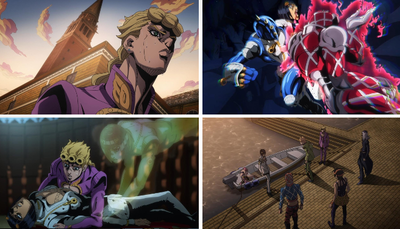 The Mystery of King Crimson (キング・クリムゾンの謎, Kingu Kurimuzon no Nazo)[1] is the twenty first episode of Golden Wind and the one hundred thirty fourth episode of the JoJo's Bizarre Adventure anime. The episode covers from Chapter 519 to Chapter 523 of the original manga. 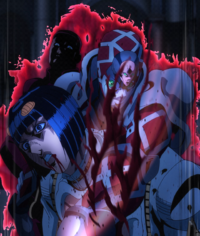 The Boss's King Crimson lands a devastating chop on Bucciarati 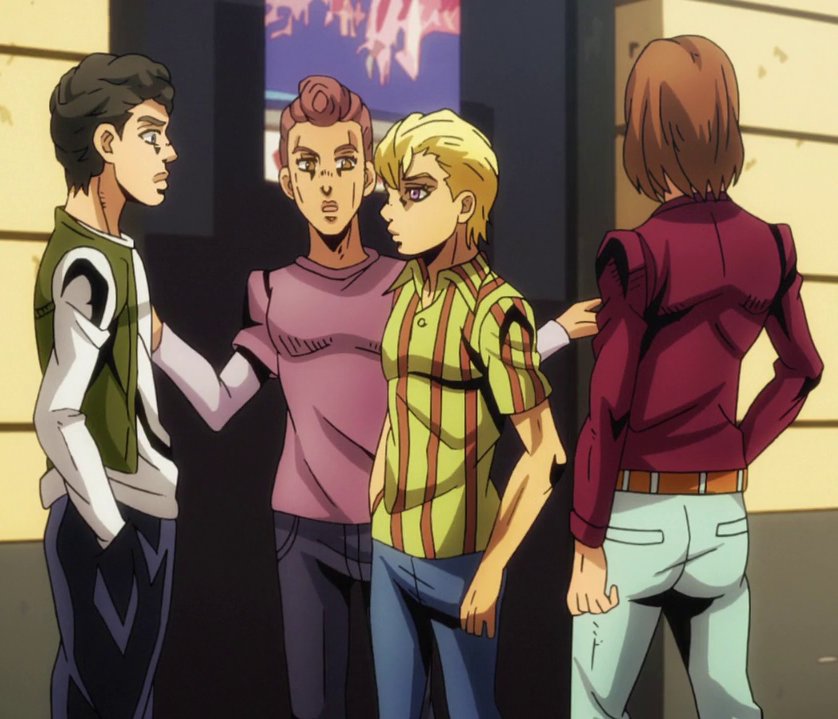 “
Everything starts moving at once in episodes twenty and twenty-one, so it drove home how far we were in the recording. Saying farewell to Fugo was especially painful. The music, image, and voice performances created a truly moving story, and seeing Narancia's tears reminded me of his many moments with Fugo. I cried watching the episode.
”
—Sayaka Senbongi, Blu-Ray limited edition commentaries
“
Fugo's decision to leave was a fair one, in my opinion. There are people who are called heroes, such as Giorno and the others, but Fugo turns out to be an ordinary person, so I really understood how he felt. To me, my “boss” is Yugo Kanno. When I think of it that way, there is no way I could betray my boss!
”
—Daisuke Hasegawa, Blu-Ray limited edition commentaries
“
1. Into King Crimson's World

In the manga, the collapse into King Crimson's world is drawn meticulously over three pages. Producer Nagai feels that the despairing music, the Stand activation sound effect, and animation did the oppressive feeling of the manga justice. "I watched it over and over after the scene was finished in post."

It may feel like Bucciarati and Sticky Fingers's sequence contains more in-between frames, but it is actually the same as any other shot. Nagai says, "The cinematographers worked some real magic on King Crimson's world. I cannot thank them enough for what they do."

One shot in particular that Nagai cherishes is Bucciarati's smile after Narancia announces that he is joining him. "Shunichi Ishimoto did the layout edits himself. I got chills seeing the finished shot. He said that he struggled with it, but what an expression... I still have the file saved in my collection."
”
—Urara Nagai, Blu-Ray limited edition commentaries