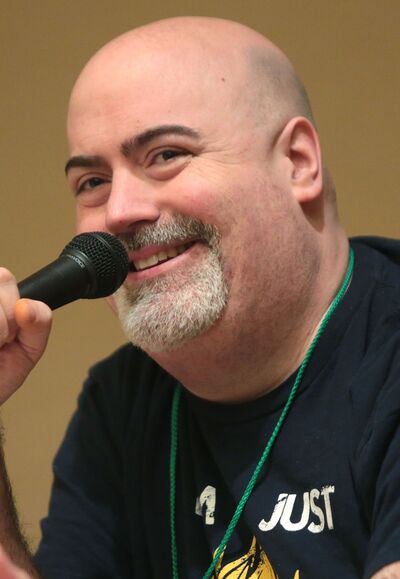 @kylehebert
Kyle Hebert is an American voice actor. He is credited for his work as the voice actor for the character Noriaki Kakyoin in JoJo's Bizarre Adventure: Stardust Crusaders's English dub.

He is also well known for his roles as Big the Cat and Dodon Pa in the Sonic the Hedgehog series, Gohan (adult) in Dragon Ball, Sosuke Aizen in Bleach, Kamina in Gurenn Lagann, Fat Gum in My Hero Academia, Ryuji Suguro in Blue Exorcist, Ryu in the Street Fighter series and Escanor in The Seven Deadly Sins.

Kyle Hebert was born in 1969 in (Lake Charles, Louisiana. He is married to Christina Louise.