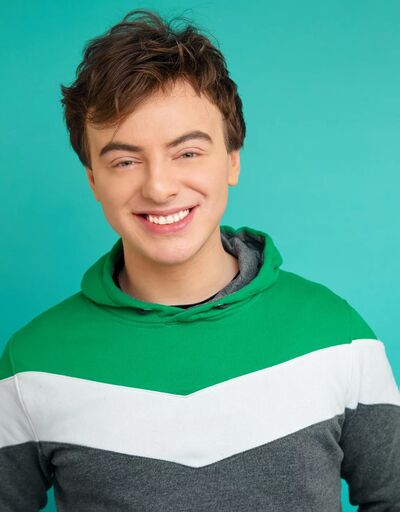 Kellen Goff is an American voice actor, casting director and audio engineer. He is credited for his work as the voice actor for Mansaku Nijimura and Diavolo in Diamond is Unbreakable and Golden Wind's English dubs.

He is also well known for his roles as Fiddlesticks in League of Legends, Funtime Freddy (2016), Molten Freddy (2017), Glamrock Freddy, and the Daycare Attendant (2021) in the Five Nights at Freddy's franchise, and Overhaul in My Hero Academia.

Kellen Alexander Goff was born in Torrance, California. During his youth, Goff studied theater for several years. In middle school, Goff started his career in animation. However, he soon switched to voice acting instead. He was coached in animation voiceover by Bob Bergen. During his career, Kellen Goff was able to do voice acting for animated series, video games, web series and films.[2]