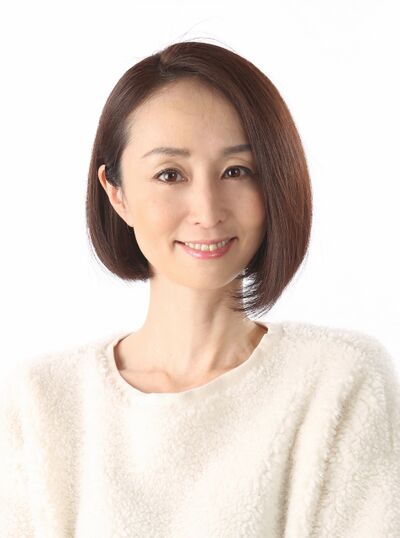 She also voiced Nena in the Stardust Crusaders OVA and Hot Pants in Eyes of Heaven.

Megumi is known for her other roles as Winry Rockbell in the 2003 adaptation of Fullmetal Alchemist, Nishino Tsukasa in Strawberry 100%, Junko Enoshima in the Danganronpa series, Revy in Black Lagoon, Riruka Dokugamine in Bleach, Yukari Takeba in Persona 3, Hikari (Dawn) in Pokemon, Mimiru in .hack, and Sei Sato in Maria-sama ga Miteru.

Megumi Toyoguchi's was born in Tokyo in 1978. She became interested in anime and voice acting in elementary school when she watched Dragon Ball. She became a fan of Toru Furuya, who voiced Yamcha. After graduating from high school, Toyoguchi wanted to enter Nihon Kogakuin, but was unable to do it so she entered the Department of Acoustics and Arts to become a radio personality. She mainly practiced personality by taking charge of personality during radio program production training and was used in subsequent radio conversations.

Though she was a student at the same school, she auditioned for the role of "Mars Girl" for the radio program Hiroi Oji no Multi Heaven. Toyoguchi won the Grand Prix and subsequently made regular appearances on the radio.

In 2007, she expanded the scope of her work and become the voice of main character "Kanna" in The great success of Kanna!. The following year, the first appearance as a voice actress in the drama Battle Royale Gun Mage and The First Stage.

In the end of 2016, Megumi Toyoguchi announced that she was married and pregnant, so she went in maternity leave. She is very interested in theater.