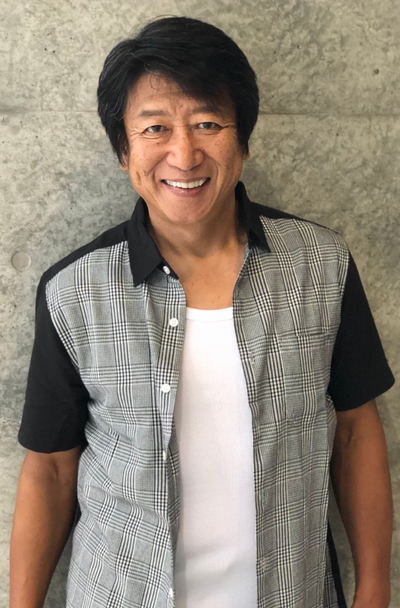 He is also known for his several other roles such as Kakashi Hatake in Naruto, Joe Shimamura in Cyborg 009, Ninzaburo Shiratori in Detective Conan, Gildarts Clive in Fairy Tail, Madara in Natsume's Book of Friends, Oboro in Gintama, Willy Tybur in Attack on Titan, and Yoriichi Tsugikuni in Demon Slayer: Kimetsu no Yaiba.

Kazuhiko Inoue was born on March 26, 1954, in Yokohama in Kanagawa Prefecture. Inoue graduated from the Yokohama Commercial High School.[3]

Initially, Inoue wanted to become a professional bowler and obtained a job at a bowley alley.[4] However, the realities of his career displeased him and he took a job as a props clerk in a TV station. At the same time, he began to train in acting and entered the TV Talent Center Tokyo School while doing part-time jobs at the same time. For instance, he worked at a coffee shop, a standing soba shop or cleaned buildings.[4] His teacher as a voice actor was Ichiro Nagai.

After graduating from the school, Inoue became affiliated with the Aoni Production agency through the recommendation of Nagai.[4] His debut role was a soldier in the 1973 series Mazinger Z. In 1979, he voiced the main character of Cyborg 009, Joe Shimamura which became his breakthrough role.

Since, then, Inoue has been active in various fields from TV animation to dubbing foreign movies. Inoue also became a dubbing director in several series such as The Law of Ueki. Finally, Inoue also released several music albums. He changed from one talent agency to another several times over the years. He is currently affiliated with B-Box Production.

In 2009, Inoue won the 3rd Seiyu Award in the Supporting Actor category.[5]