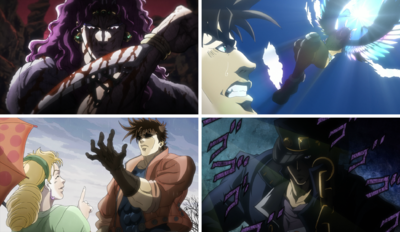 Commentary
“
Our senior animation director Takako Shimizu personally handled this episode's animation. We took the best of the staff for the key frames. For Toshiyuki Kato (storyboard, direction), it was apparently the comfiest episode to work on (laughs).

Other languages:
English • português do Brasil
Retrieved from "http://jojowiki.com/index.php?title=Episode_26&oldid=789384"
Category: