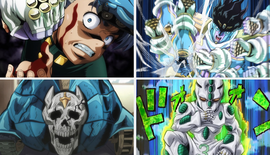 Koichi notices that the killer is gone and rushes in to pursue. However, Jotaro interrupts him, explaining that the enemy wouldn't try to cut off loose ends, therefore they are still in danger. Despite Koichi's skepticism, Sheer Heart Attack shows up again and attacks Koichi. Star Platinum appears to defend Koichi and pummels the miniature tank, but the repeated punches barely dent it. While Jotaro fights Sheer Heart Attack, Koichi figures that such a powerful Stand means that the killer is nearby and defenseless, and proposes to send Echoes after him. Despite Jotaro's insistence that Koichi only defends himself with his Stand, Koichi sends him away to scout the area, only to be surprised that the enemy is already so far away from the store. Suddenly Sheer Heart Attack swifts his attack to Koichi again who is vulnerable. Thankfully, Jotaro stops time and starts a fire near him, having figured out that the enemy is heat-seeking. However, he cannot avoid the blast and is gravely wounded. 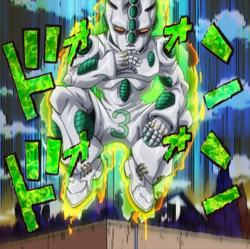 Koichi tries to wake Jotaro up while Sheer Heart Attack resumes his pursuit. When he drags Jotaro into the back of the store, Koichi sees the tank break all the lights along the way, allowing Koichi to discover the bomb's pattern. Now in the kitchen, Koichi sees that no immediate heat source is available, thus resorts to Echoes ACT 2 to make a bait for the enemy out of a sizzling sound. During that short respite, he calls Josuke for help, but the stove he shut off earlier begins to heat anyway, making Sheer Heart Attack destroy it and explode. Koichi, who was near the center of the explosion, is propelled out of the store and wounded. At the last moment, Echoes evolves again into a new act, Echoes ACT 3. ACT 3 turns out to be not only more powerful than its previous iterations, but sentient as well. However, it is its power of making objects heavier which manages to neutralize Sheer Heart Attack, leaving the bomb trapped in the asphalt. At the same time, Kira's left hand, which is synced up with Sheer Heart Attack, suffers the effect of Echoes too, crashing to the ground from the sudden increase in weight. Suspicious, he decides to go back retrieve Sheer Heart Attack. 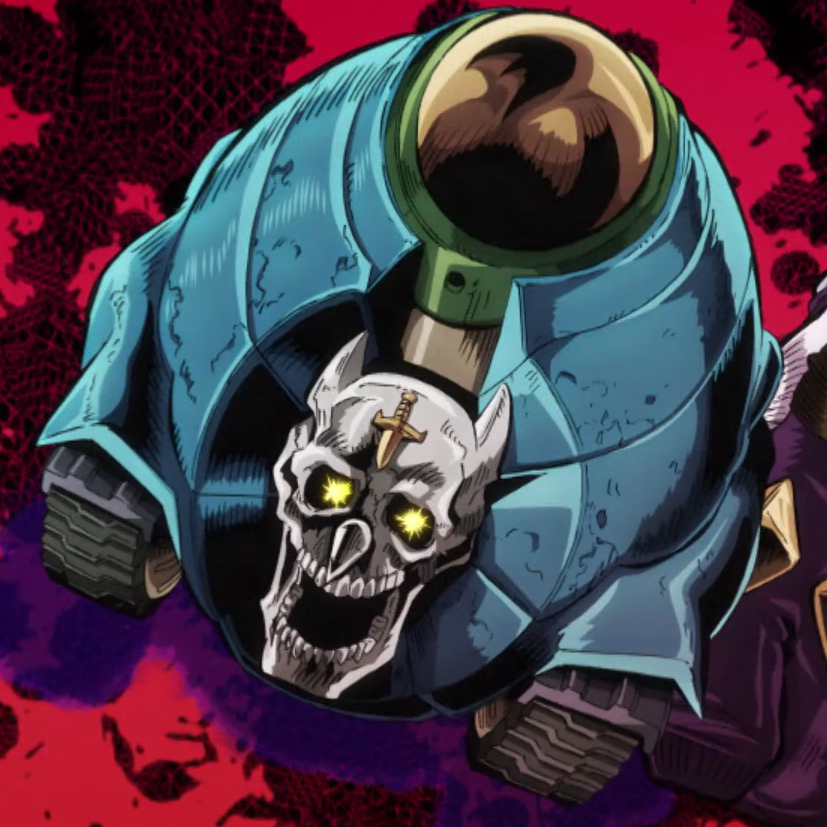