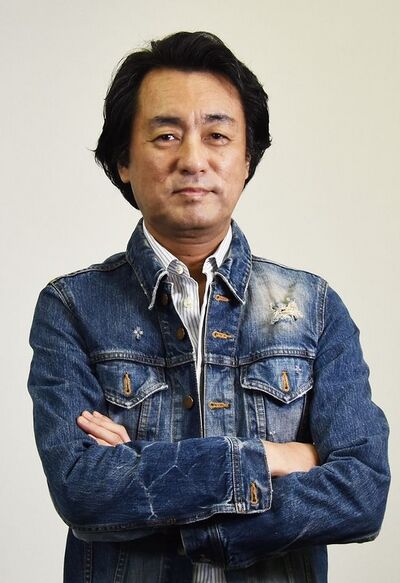 Tsuge has worked on live-action adaptations for various anime, including Attack on Titan and Cutie Honey.

Isao Tsuge started his career as a hair and make-up artist, before moving into what he termed "beauty direction". Tsuge made a name for himself working on films, such as Leos Carax's Tokyo!, Matthew Barney's Drawing Restraint 9, and Yojiro Takita's 2008 Academy Award-winning film Departures. He has also worked with a number of musicians, including Chara and Björk.

Tsuge started becoming more involved in beauty and costume directing after he formed his own group named "Jinbutsu Design". Under this group, he worked on Takashi Miike's 13 Assassins, and the award-winning NHK Japanese historical TV drama series Ryomaden and Taira no Kiyomori.[1]

Tsuge was offered the position of supervising character designer by Kazutaka Watanabe, the shows director. The two were close associates and had previously worked together on the Japanese historical TV drama series, Ryomaden and Taira no Kiyomori.

Watanabe contacted Tsuge very early into the shows production, before any of the main staff had been decided. Due to the coronavirus pandemic, Tsuge had to begin the design phase from home, keeping close in touch with the director.

Tsuge's role primarily focused on creating concepts for all the different costumes, hair and make-up pieces that would appear in the show. After the designs were drawn out, Tsuge would work with the production team to pick out materials and refine the final costume. Tsuge was also put in charge of supervising the different props and accessories that the characters would be seen with.

Tsuge would also ask Araki about any design alterations he made, saying, "We also contacted the original author for his opinion during the design process. Of course, this made us nervous, but he gave us a lot of freedom to work with. He even suggested that we could remove Rohan's headband if we felt it was too out of place."[2]

On December 14, 2021, an exhibition for Thus Spoke Kishibe Rohan was held in the gallery of NHK Sendai. The exhibit displayed various of Tsuge's design sketches and character costume designs.[3]