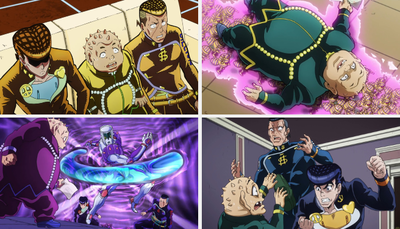 Shigechi's Harvest, Part 2 (｢重ちー｣の その2, 'Shigechī' no Hāvesuto Sono 2)[1] is the nineteenth episode of Diamond is Unbreakable and the ninety-third episode of the JoJo's Bizarre Adventure anime. It covers Chapter 338 through Chapter 341 of the manga.