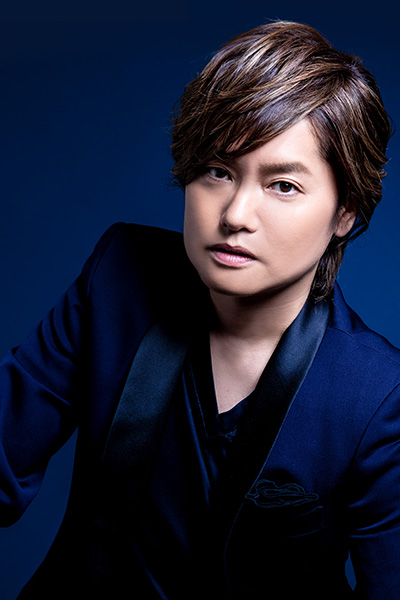 He is also known for his other roles as Shikamaru Nara in Naruto, Zangetsu in Bleach, Taishi Miwa in Cardfight!! Vanguard, Okita Soji in Hakuoki, Bartolomeo in One Piece, Yusuke Makishima in Yowamushi Pedal, and Zagred in Black Clover.

Showtaro Morikubo was born in 1974 in Tokyo. In 1992, he graduated from Nihon University Third High School[2] and dropped out of Tama Art University. Before starting as a voice actor, Morikubo was affiliated to a talent agency and auditioned with a scout from the voice actor industry who saw the performance of the theater company "Onigiri Skippers". Morikubo made his debut as a voice actor in 1996 as in "Bakuso Brothers Let's & Go !!". Since then, he has been active in various fields such as animation, games, radio personality, music activities, and theatrical performances.

After enrolling at Sigma Seven, he transferred to Arts Vision affiliated office "VIMS".

In 1998, Morikubo started his musical activities with voice actor Hideo Ishikawa under the unit name "Apricot". He affiliated himself with other bands such as "AN's ALL STARS" and "Mosquito Milk". He started a solo career under the Capcom Cellputa label. He debuted again in 2008 under the label Lantis. At the "Original Entertainment Paradise" Orepara " held at the end of each year, he performs live as one of the hosts. In 2010, "Buzzy → Bee" was formed as a solo project. In January 2015 Morikubo was appointed as second DJ for the program "KEIYOGINKO POWER COUNTDOWN JAPAN HOT 30".

In 2020, won the Personality Award at the 14th Voice Actor Award.

It was announced on February 22, 2007 that Morikubo married a fellow voice actress, Yū Asakawa . In 2009, Morikubo and Asakawa have divorced due to differences in personality, but the split was amicable.[5] Morikubo has since then remarried to someone outside of the industry.