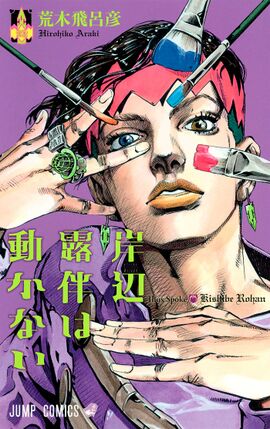 Thus Spoke Kishibe Rohan[1] (岸辺露伴は動かない, Kishibe Rohan wa Ugokanai, lit. Rohan Kishibe Does Not Move!) is the name of a series of one-shots

featuring titular character, Rohan Kishibe, as the narrator and/or protagonist. These one-shots are often published in Weekly Shonen Jump or Jump Square

An anthology of short stories based on the series was released with various issues of Ultra Jump from July 19, 2017 to 2018. The stories were written by multiple Japanese authors, including Ballad Kitaguni, Ryo Yoshigami, Yusuke Iba, and Mirei Miyamoto.

A live action TV drama adaptation with three episodes has aired between December 28, 2020 to December 30, 2020.

The first chapter of the series, At a Confessional, was published in Weekly Shonen Jump on July 7, 1997, under the restriction set by the magazine's editorial team that it couldn't be related to the JoJo's Bizarre Adventure series. As a workaround, Araki took inspiration from the 1950's TV show, Alfred Hitchcock Presents

and made Rohan the narrator of the one-shot.[7] The series name, Rohan Kishibe Does Not Move, was initially derived from the fact that Rohan is not the main protagonist of At a Confessional, but rather a "navigator" or onlooker of the story who ultimately does nothing.[8]

The series features many esoteric creatures other than Stands, such as Yōkai

, eldritch species, or divinities. The plot of each chapter is generally separated from the JoJo's Bizarre Adventure storyline, although characters from Diamond is Unbreakable and the town of Morioh regularly make an appearance. 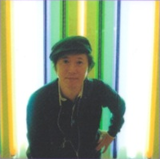 “
Maybe you know, but Rohan Kishibe, the protagonist of this volume, is a character from the JoJo's Bizarre Adventure Series, in particular the fourth part, Diamond is Unbreakable. He is a mangaka and a Stand user able to transform someone into a book, thus accessing this person's life and thoughts, and also influentiate them by writing among the lines... This collection gathers several stories about the adventures he had during his research. The first chapter was written in 1997. I'm very happy to see them together here. These five horrifying stories bring us to Italy as well as in the middle of the Japanese mountains and the beach. I hope, with all my heart, that you'll enjoy reading them.
”
—Hirohiko Araki

“
Here is the second anthology that Rohan Kishibe, a mangaka and Stand User who can turn people into book to read their lives and put new orders in them, is presenting.

This book is composed of several episodes that were initially published in different media. Now that I'm reading them again, I see that each episode has its now atmosphere depending on where it was published, for instance the Bessatsu Margaret or the smartphone app. Yet, I wasn't conscious about it when I was drawing them.

Rohan Kishibe is such a lucky guy, isn't he?
”
—Hirohiko Araki