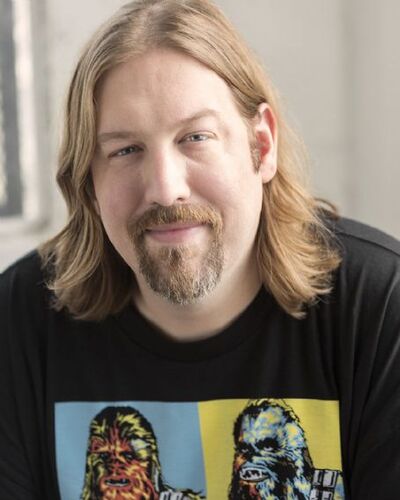 Patrick Seitz is an American voice actor, script writer and ADR director credited for his works on the JoJo's Bizarre Adventure series' anime adaptation as the voice of Dio Brando.

He is also known for voicing Zomom and Zavok in the Sonic the Hedgehog series, Scorpion in the Mortal Kombat video games, Franky in One Piece, Kenpachi Zaraki and Isshin Kurosaki in Bleach, Laxus Dreyar in Fairy Tail, Ragna the Bloodedge in BlazBlue, Endeavor in My Hero Academia, and Jiren in Dragon Ball Super.

David Patrick Seitz was in born in Riverside, California in 1978. Seitz began acting in plays at the age of fourteen when he tried out for and got into "The King and I" play. He continued doing theater through high school and took acting and singing lessons. Prior to his current level of involvement in the voice-over industry, he taught English studies at his high school alma mater and received a Bachelor of Arts in Creative Writing, Master of Fine Arts in Creative and the Performing Arts Writing (both from UC Riverside).