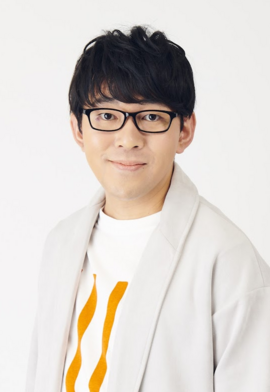 Yuki Ono (小野 友樹, Ono Yūki) is a Japanese voice actor and singer credited on his work in the JoJo's Bizarre Adventure anime adaptation of Diamond is Unbreakable as Josuke Higashikata.

, Japan, in 1984. Ono initially wanted to have a career in football, and was even scouted by the Shimizu S-Pulse

local football club. However, he suffered from a bone fracture.[2]

During his years in university, Ono learned about voice actor Kishō Taniyama

. He became a fan of Taniyama's work and after a meeting with him, was inspired into becoming a voice actor.[3] Ono started a career in voice acting. In August 2011, Ono formed the voice acting unit You-Tak alongside voice actor Takuya Eguchi.,[4] which was soon rebranded as "You-Tak II".[5] In March 2013, he was awarded for "best actors in supporting roles" in the 7th Seiyu Awards.[6]