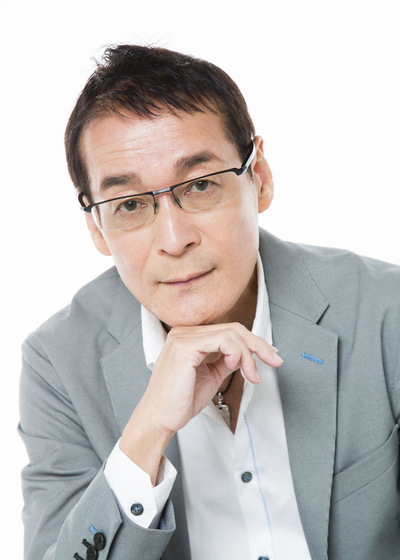 Norio's most popular character he has voiced is Cell from the Dragon Ball series. He is also known for voicing Vicious in Cowboy Bebop, Katakuriko Matsudaira in Gintama, Mujuro Utsutsu in Ninja Scroll, Charles zi Britannia in Code Geass, Goro Otaki in Detective Conan, Oskar von Reuenthal in Legend of the Galactic Heroes, Chu in Yu Yu Hakusho, Oda Nobunaga in Sengoku Basara, and Shuren in Fist of the North Star.

Norio Wakamoto was born in 1945 in Yamaguchi. After graduating from Kansai University Daiichi High School, Wakamoto graduated from Waseda University Faculty of Law but failed his bar exam and started his career as a policeman. After working at the Nakano Police Academy of the Metropolitan Police Department, he worked for the Metropolitan Police Department riot police for two years. During the 1968 Shinjuku riot, he participated in the offense and defense at the forefront as a MTF member.[7] After retiring from the police, Wakamoto worked as a founding member of the Consumers Union of Japan secretariat, but was dismissed after hitting his boss while being drunk. On the train, a newspaper advertising Ryo Kurosawa's voice-over school interested him. Wakamoto says that he knew he didn't fit into organisations and thus needed a job where he could work on his own. Although the school only took 20 candidates and he was among the later 300th candidates, Wakamoto was accepted.[8] After working at Ryo Kurosawa's voice-over classroom, he became a voice actor.

Wakamoto's debut role was in the 1977 anime Glacier Warrior Gaislugger as Onoriki. He would continue his career as a voice actor in anime, live-action television narration, tokusatsus, video games and dubbing foreign actors.

He has the qualifications of Shorinji Kempo 3rd Dan and All Japan Kendo Federation 3rd Dan, and also has one side of being one of the industry's leading "martial arts groups". In addition to martial arts, he has a qualification for Shinto, the Misogi Ko-Shintō Shinto Shinto Association.

Wakamoto's voice is known for both its astringency and sharpness. As a result he is typically cast as evil characters, the boss of an evil organization, villainous or powerful people. Since Wakamoto was raised in Sakai City, he sometimes handles the ad lib of Senshu dialect.