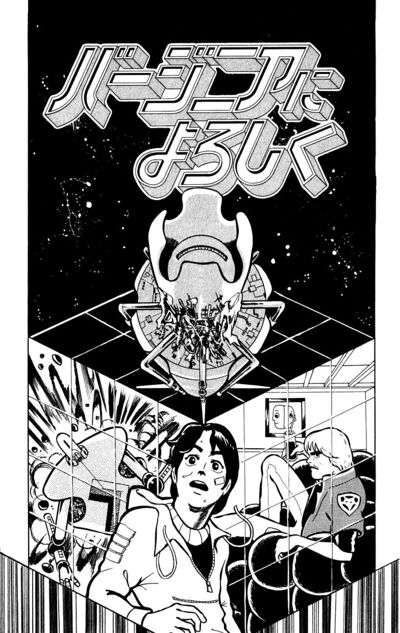 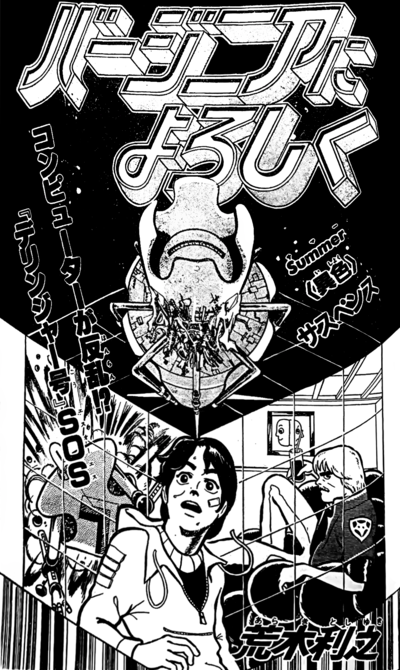 The space freighter Dillinger is crossing space along the Venus-Earth route to deliver cargo, a journey expected to last 316 days. The ship is on auto-pilot. Second-in-command and engineer Hiroshi Takemoto cooks his meal with help from an android named Clyde. Meanwhile, captain and technician Matt Jackson is playing darts with his blowgun. Bothered by the humidity and bored out of his mind, Jackson orders the ship's automated computer Bonnie to lower the temperature. 56 days remain until the ship reaches Earth.

Hiroshi receives a message from a nearby spacecraft and calls his captain, but Jackson refuses to watch it and tells Hiroshi to hang up, annoyed by the sound of Clyde peeling apples. When Hiroshi contacts the source of the message, the mysterious sender responds by declaring that two bombs have been planted on the Dillinger. The bomber also reveals that they do not seek any ransom or hold any grudge against the crew, but refrains from stating their actual motive. The first bomb will explode in thirty seconds near the escape pods; the second, which the bomber dubs Virginia, will explode in one hour in the engine room. The bomber ends transmission after telling Hiroshi to "say hi to Virginia" on their behalf.

An explosion destroys the escape pods, just as the bomber had promised. Hiroshi and Jackson meet and find Virginia, an extremely elaborate device encased in a transparent dome. Hiroshi almost touches the bomb, but Jackson stops him, stating that Bonnie has detected rings of vacuum barriers that will trigger the bomb if breached by any person or object, including air.

Jackson and Hiroshi devise a plan. While the human crew takes shelter in the cockpit, the block with the bomb will be sealed and drained of its air. Afterward, Clyde will enter the block and carefully disarm the bomb. The two crew members watch closely as Clyde's small appendices extend through the barrier and cut a hole in the bomb's dome. When a rolling glass cutter threatens to touch the barrier, Clyde attaches it to its leg with magnetic force. Another problem suddenly appears: turning the block into a vacuum has damaged some water pipes, and the resulting burst of water could set off the bomb. Jackson and Clyde push forward and barely manage to disarm the bomb before the water touches it.

After taking some time to relax in the living room, Jackson decides to go back to his room and take a nap. Shortly afterward, Hiroshi receives another call from the mysterious bomber. Claiming that Hiroshi should be grateful for the break in the monotony of the journey, the bomber drops another bombshell: they are already aboard the Dillinger, and plan to play a game of cat and mouse with Hiroshi as the mouse. As Hiroshi begins to panic and calls for his captain, Jackson is seen observing Hiroshi and practicing his aim with throwing knives.