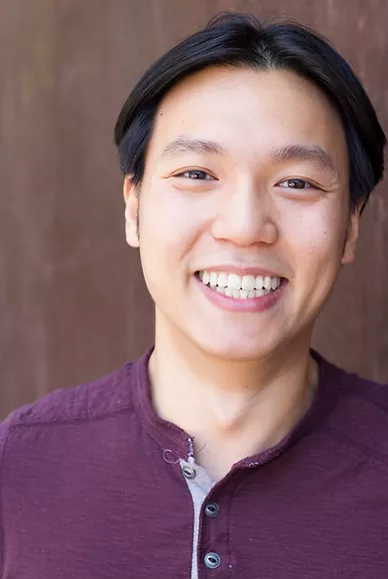 www.stephenfu.com
@That_Fu
Stephen Fu is an American voice actor based in Los Angeles, USA. He is credited for voicing Gunpei Kamafusa in Thus Spoke Kishibe Rohan and Weather Report in the anime adaptation of Stone Ocean.

Stephen Fu is also well known for voicing Henry Legolant in Black Clover, Ryo Saeba in City Hunter: Shinjuku Private Eyes, Itsuki Hashima in A Sister’s All You Need, Machio Naruzo in How Heavy Are the Dumbbells You Lift?, Makoto Hanamiya in Kuroko’s Basketball, Sudou Kaname in Darwin’s Game, Seiji Shishikura in My Hero Academia, and Cho Sang-Woo in Squid Game.

Stephen Fu was born in Los Angeles, California, USA on an undisclosed date. He graduated from the University of Texas at Dallas and earned his Bachelor of Science in Molecular Biology in 2009,[1][2] in which he began his work as a Lab Technician at UT Southwestern Medical Center. He worked there for four years until 2013 before leaving and deciding to become a voice actor. From 2012 to 2016, he took voice acting classes such as "Marc Cashman's Commercial Novice Class", "Pat Fraley's Taking Comedy Seriously" and "Dave Fennoy's Voice Acting for Video Games". Fu would begin to focus on his own voice acting career from thereon.[1]

He would later land minor roles in popular anime, being the English dub voice actor of young Uri Reiss in the third season of Attack on Titan in 2018, Ruka Gojou in Nanbaka, and Johanne Fabius in Code Geass: Akito the Exiled, before being cast in major and main roles in the future.

On December 1, 2021, during the launch of JoJo's Bizarre Adventure: Stone Ocean on Netflix, Fu teased that he would be voicing Weather Report with a YouTube video of a weather forecast in South Florida, referencing his character's name and also the location where Stone Ocean takes place.[3] He officially announced his role the next day.[4]