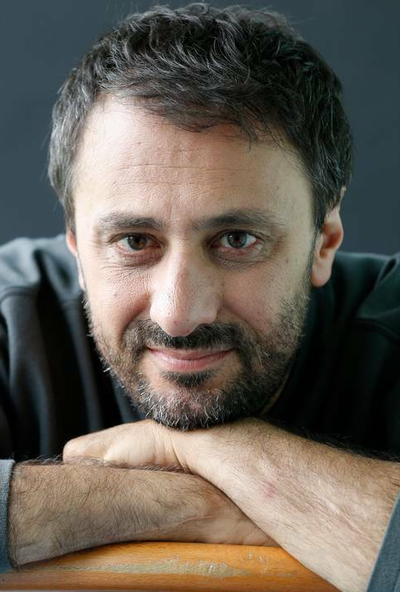 He is also well known for his roles as SpongeBob Squarepants in SpongeBob SquarePants, Kakashi Hatake in Naruto, Rob Lucci in One Piece, Barney Stinson in How I Met Your Mother, Commander Shepard in the Mass Effect series, Shadow the Hedgehog in the Sonic the Hedgehog series since Mario & Sonic at the Sochi 2014 Olympic Winter Games, Jak in the Jak and Daxter series and Son Goku from Dragon Ball Super onwards.

Claudio Moneta was born in Milan in 1967. While studying mechanical engineering in university, he got a scholarship for Milan's Centro Teatro Attivo acting school. After dropping out of university, he started his acting career in 1988, at first mostly as theatre actor.[3][4]

Over the years, Moneta has worked most notably in video games and animated series. Other works range from television and movie acting to radio and advertisement voice-over, also working for RSI, Italian Switzerland's main television network.