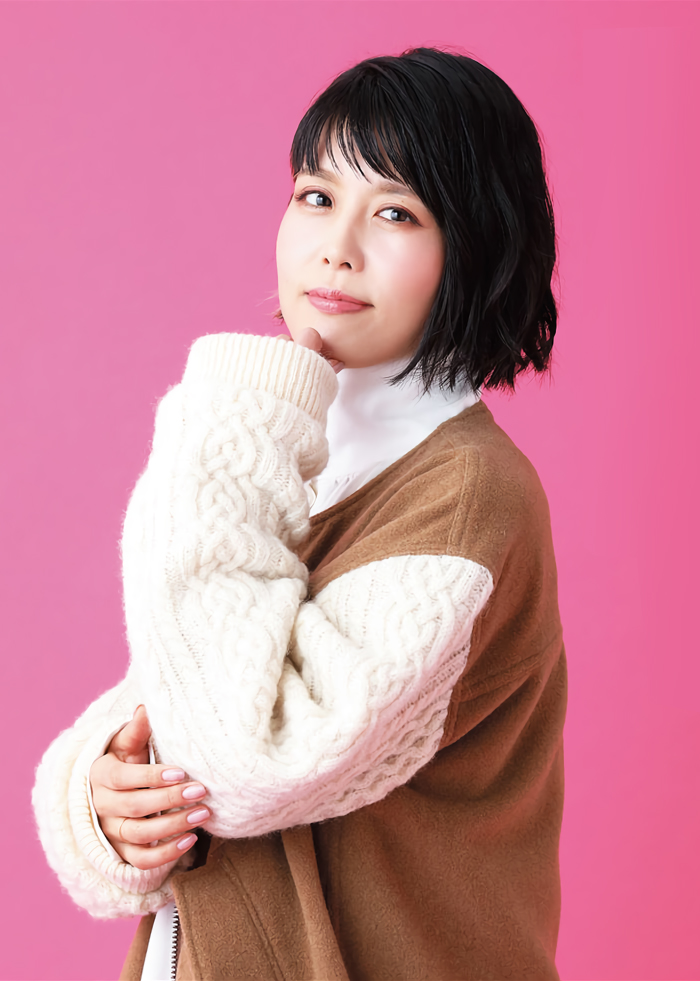 Official Website
“
I hope you'll love my voice as Jolyne. I tried making her a female protagonist who can still hold her own alongside the other men.
”
—Miyuki Sawashiro, Eyes of Heaven

Miyuki Sawashiro (沢城 みゆき, Sawashiro Miyuki) is a Japanese voice actress, narrator, and actress. She is most known for voicing Jolyne Cujoh prior to the release of the anime.

Sawashiro has voiced characters in various anime and video games, including Fujiko Mine in Lupin the Third, Kurapika in Hunter X Hunter, Charlotte Pudding in One Piece, Cammy in Street Fighter, Elizabeth in Persona 3, Slan in Berserk, Suruga Kanbaru in the Monogatari series, Toko Fukawa in Danganronpa, Daki in Demon Slayer: Kimetsu no Yaiba, and Gammamon in Digimon Ghost Game.[3]

Sawashiro was born in Nagano Prefecture and raised in Tokyo. During her time in high school, she stayed in Pennsylvania in the USA, where she participated in a homestay program to learn English. She has a younger brother named Chiharu Sawashiro who is also a voice actor.

On May 2, 1999, Sawashiro participated in voice actor auditions for the anime Di Gi Charat, and won the Special Jury Prize. She also voiced Puchiko in the English dubbed release of Leave it to Piyoko, making her one of the few Japanese voice actors to have reprised a role in English in addition to their Japanese performance. She was unable to record for the English dub of the Di Gi Charat TV series because of a scheduling conflict. She was affiliated with Mausu Promotion since the start of her voice acting career until August 2015 when she became affiliated with Aoni Production.

On June 2, 2014, Sawashiro announced her marriage,[4] later announcing it on her official blog.[5] In 2018, Sawashiro's fellow voice actress Mayumi Tanaka announced that Sawashiro had her first child.