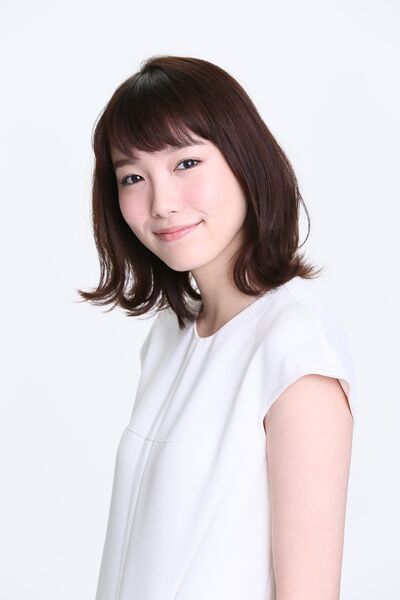 Her former stage name and real name is her name spelled in kanji, 飯豊 万理江.

Marie Iitoyo is an only child born on January 5, 1998 in Chiba Prefecture, Japan.[1]

Iitoyo first started her modelling career at the age of 10, appearing as backing singer in a music video by the Chinese singer Alan.

On October 12, 2008, she was picked in a modelling audition for Avex Kids x Nico☆Puchi, which was selected from around 800 applicants.[2] She was first featured in the April 2009 issue of Nico☆Puchi magazine, and later on the cover of the August 2009 issue. In February 2011, she changed her stage name to Marie Iitoyo (飯豊 まりえ, Ītoyo Marie) and ended her career as an exclusive model for Nico☆Puchi, last appearing on the June 2011 issue of the magazine.

In June 2011, Iitoyo moved to Nico☆Puchi's sister magazine nicola, where she became an exclusive model. She first appeared on the cover of nicola in June 2012 for the July 2012 issue. In the May 2014 issue, Iitoyo ended her career as an exclusive model for nicola.

Iitoyo made her debut as actress on a TV special for Tales of the Unusual, aired on Fuji TV in April 2012.

In 2013, she appeared in Super Sentai as Yayoi Ulshade (Kyoryu Violet) in Zyuden Sentai Kyoryuger.

In 2021, she acted in the One Piece "WE ARE ONE" celebration shorts, particularly in scene 2 and scene 5.

On August 4, 2022, Iitoyo was reported to be in a relationship with her co-star, Issey Takahashi, who plays Rohan Kishibe in the TV Drama. According to Iitoyo's friends, despite their age difference, the two have great chemistry and share a passion for cooking. It had been previously reported that the two moved into the same apartment building shortly after the filming of the TV drama had ended.[3]