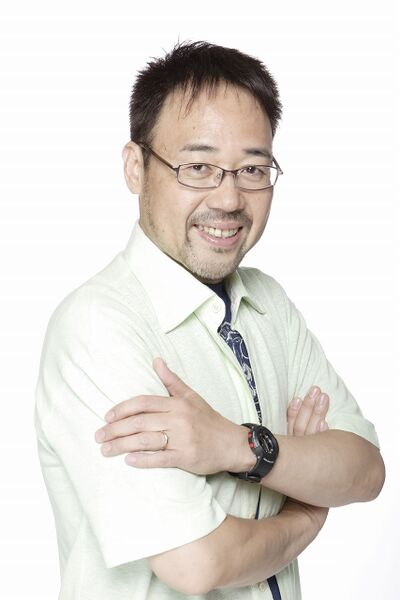 He is additionally the voice actor for old Joseph Joestar in Heritage for the Future as well as Weather Report and Wes Bluemarine in All-Star Battle and Eyes of Heaven.

Okawa is also known for his other roles as Roy Mustang in the 2003 adaptation of Fullmetal Alchemist, Ieyasu Tokugawa in Sengoku Basara, Spirit Albarn in Soul Eater, Sengoku in One Piece from episode 703 onwards, and Jiro Tomitake from Higurashi When They Cry.

Toru Okawa was born on February 28, 1960 in Kagoshima Prefecture, Japan.

By his own account, Okawa first came into contact with the world of acting in high school where he was invited into the drama club and found the activity interesting.[2] It wasn't until he entered the Japanese University College of Art in the Department of Drama that he truly became interested in acting. He joined the Kiyama Office theater production as a stage actor and worked there for ten years.

In 1994, Toru Okawa joined the talent company Mausu Promotion and became a voice actor after a meeting with Nachi Nozawa, whom he credits with directing him into a career in voice acting.