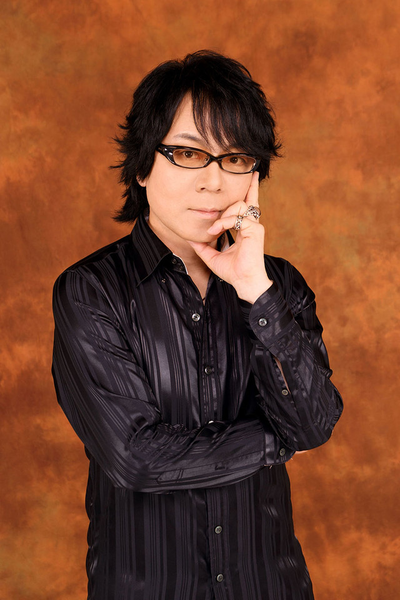 Sho Hayami (速水 奨, Hayami Shō), real name Yasushi Ohama, is a Japanese voice actor, actor and singer. He is the voice actor for Vanilla Ice in both JoJo's Bizarre Adventure: Heritage for the Future and the second season of the anime, Stardust Crusaders.

He made his debut in the JoJo's Bizarre Adventure series as Noriaki Kakyoin in the Stardust Crusaders Drama CD. He additionally voiced Enrico Pucci in All Star Battle.

Hayami's other well known roles are Zarbon from Dragon Ball Z, Umibozu from Gintama, Nicholas D. Wolfwood from Trigun, Gakuho Asano from Assassination Classroom, Sosuke Aizen from Bleach, and Jhin from League of Legends in the Japanese dub.

Sho Hayami was born in Takasago, Hyōgo on August 2, 1958. His father was a civil servant and his two older brothers are a teacher and an office worker.[3] During his youth, Sho Hayami was interested in playing volleyball after being inspired by the Japanese men's volleyball team that won the gold medal at the 1972 Summer Olympics. In high school, at the Hyogo Prefectural Kakogawa Higashi High School, he joined the drama club after being impressed by a representation of the Seinenza Theater starring Tishiyuki Nishida.

After graduating from high school, Hayami moved to Tokyo and joined the Shiki Theatre Company. As the company switched its activity away from theatre towards music, Hayami entered a contest for amateur voice actors and won the honorary prize. Encouraged by this success, Hayami formally became a voice actor. In 1982, Hayami obtained his first notable role as the main character of Super Dimension Fortress Macross, followed the next year by another role as the protagonist of Super Dimension Century Orguss and went on to voice several other notable roles over the years, specializing in characters from mecha animes.

Since the 90s, Sho Hayami is also active as a singer. In October 2013, Hayami launched his own voice acting company named Rush Style, being its representative director.