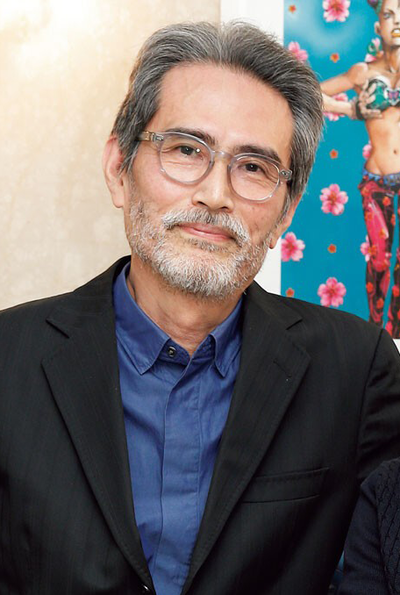 Poker Under Arms
“
I could never thank you enough, but...I'd like to take this opportunity to express my gratitude. Your every word gives me courage. JoJo's Bizarre Adventure would have never existed without you.
”
—Hirohiko Araki, Chapter 265: The Faraway Journey, Farewell Friends

Ryosuke Kabashima (椛島良介, Kabashima Ryōsuke) was Hirohiko Araki's first editor and was largely responsible for his growth during the first ten years of Araki's professional career as a manga artist. His involvement would last from 1979 up until the finale of Stardust Crusaders in 1992.[3]

Kabashima is currently one of Shueisha's company advisors, but was previously managing director of Shueisha International. Before that, he was the head director of Shueisha's Shinsho editorial department, founder and editor-in-chief of MANGA ALLMAN, and an editor for Weekly Shonen Jump and Super Jump.[3] He is the grandson of pioneering Japanese comic artist, Katsuishi Kabashima.

Kabashima was born in Muroran, Hokkaido, Japan in 1954, but moved to Tokyo at the age of two. He cites Shohei Chujo, a now university professor who he went to junior high and high school with, as one of his biggest inspirations. Chujo introduced him to to the Jazz genre of music and the works of novelists Tatsuhiko Shibusawa and Yukio Mishima. Ironically, Kabashima did not read manga growing up and only read Gaki Deka from Weekly Shōnen Champion while in college. Prior to becoming an editor, he had been studying archaeology and the History of the Western World.[4] 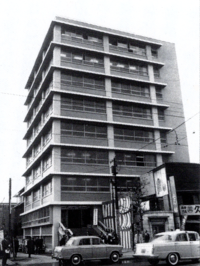 In 1979, Kabashima applied to one of Japan's larger publishing companies, Shueisha, simply because "he found the company to be lively and their newly-released Monthly Playboy at the time to be very appealing". He would, unexpectedly, get assigned to Weekly Shonen Jump's editorial department instead despite never reading the magazine.[2] He began working at Jump in April 1979 alongside Nobuhiko Horie, editor of Fist of the North Star. Jump's editorial department at the time only consisted of a dozen or so people, with Shigeo Nishimura as the third-generation Editor-in-chief. Around this time Circuit no Ōkami has just ended and the series, Kinnikuman, began its serialization. Masami Kurumada's Ring ni Kakero would also be peaking in popularity, however, Kabashima, having never read a Jump manga, could not understand why.[2]

Kabashima had only been an editor for a few months when he first met Araki in 1979. At the time, Araki's manga submissions were constantly rejected by various publishing companies, spurring him to go straight to Shueisha's editorial building to get some answers. Kabashima, Horie, and a few other newer editors were the only ones there at the time as the senior editors only worked later in the day. It was around noon when Araki arrived and Kabashima, who was coincidently walking to the receptionist desk, ended up being the first to critique Araki's submission. According to Araki, Kabashima was extremely severe and pointed out each of Araki's technical faults (from having forgotten to erase pen lines to leaking white-outs). However, he sensed potential in Araki's work and told him to fix his pages and apply for the upcoming Tezuka Awards. Araki's submission, Poker Under Arms, won the runner-up prize and would go on to be his first published manga.[1] 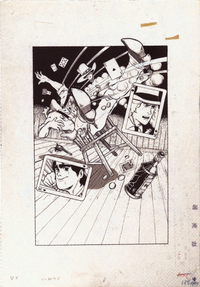 Kabashima subsequently became Araki's editor and worked with him on his earliest publications. As a horror and suspense fan, he enjoyed Araki's early works and often encouraged him to avoid doing what was popular among other Jump titles. Kabashima also defended Araki's 1983 series, Cool Shock B.T., and advocated its publication despite the other editors' disapproval of its Japanese name (Devil Boy) and eccentric content.[5] It was around this time that Kabashima began encouraging Araki to travel abroad, which resulted in Araki's first overseas trip from London to Paris.[3]

After B.T.'s serialization, Kabashima assisted Araki in renting a Tokyo apartment for a year. By living in the same city as Shueisha's editorial building, Araki no longer needed to commute every week and could focus more time on his next series, Baoh the Visitor. During its short run, Kabashima was adamant about improving Araki's weekly schedule management, which included getting enough sleep and taking breaks on Fridays and Saturdays. Kabashima set aside these off-days, particularly so Araki could gather material through experiencing other media. It was thanks to this schedule that Araki could go to the movie theaters almost every week, sometimes with Kabashima tagging along. Their weekly meetings were also very film-related as the two would typically discuss work on the actual manga for around 30 minutes and then casually talk about movies and novels for 2 hours. They shared an interest in horror, so Kabashima often recommended and rented out horror films for Araki to check out for inspiration.[3]

The name "JoJo" was derived at a Denny's where Kabashima and Araki had their first meeting pertaining to the series.[3] The two had decided on "Jonathan" as the series' protagonist, however, Araki also wanted the initials to match in a way similar to the American filmmaker, Steven Spielberg (S.S). They eventually landed on the name, "Jonathan Joestar" (J.J) and thus the nickname "JoJo" was born.[6] Their later meetings during Part 2 and Part 3 would ironically be at a "Jonathan's Family Restaurant" as it was closer to Araki's workplace. 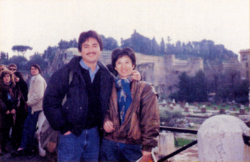 Kabashima and Araki in Italy

Kabashima notes that Part 1 was not popular during its publication due to being a standard "fighting manga" with a "foreign" protagonist, which was considered taboo. He constantly had to defend the series from cancellation due to Shueisha's strict "if it's not popular, cut it off" policy back then. However, the editor-in-chief at the time allowed it to continue because he valued Araki's storytelling and B.T did particularly well in ratings towards the end of its publication. Kabashima also explains that while Jonathan as the hero was a bit rough at first, bringing in characters like Zeppeli and Speedwagon created a comradery dynamic that resonated a lot more with the readers.[3]

In 1987, Kabashima invited a very reluctant Araki to go on a trip with him to Egypt. The latter was under the impression that Egypt was a country with a "dirty" image and was not particularly interested in going there, but was convinced by Kabashima none-the-less. Araki recalls reading on the plane the "Encyclopedia of Modern Murder" by Colin Wilson, a book Kabashima had recommended to him prior. It was on this trip, specifically during a boat tour of the Nile, that Araki came up with the idea of DIO being in Egypt. During Part 2's publication, the two would continue to travel together to other countries like Italy or France.[3] 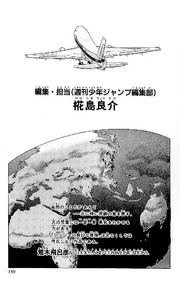 Kabashima admits that he rarely had to make corrections when it came to Part 3. In previous parts, he often gave Araki suggestions that would help push JoJo's ratings, but once Stands were introduced, the series became insanely popular and the need to suggest anything disappeared. He would, however, continue to point out panels that were hard to understand visually and Araki had to redraw them. With how little Kabashima had to correct, the 30-minutes of their "work discussion" they had each meeting was cut even shorter and filled with more discussion of movies.[3]

Kabashima was in charge of JoJo up until the end of Part 3, after which he was transferred to "Super Jump," another of Shueisha's magazine lines. Araki recalls feeling very uneasy at the time as he had never had another editor before, but Kabashima knew the series was stable enough at that point and trusted Araki to continue the steady workflow they developed.[3] After Super Jump, Kabashima would go on to become the founder and editor-in-chief of MANGA ALLMAN, then the head director of Shueisha's Shinsho editorial department, then the managing director of Shueisha International, and is now currently one of Shueisha's company advisors.[2] Despite leaving, Kabashima would continue to oversee Araki's other works that were published in Super Jump and Allman, including various one-shots from Under Execution Under Jailbreak and The Lives of Eccentrics.