puzzle game released on October 10, 2018. The game is part of the JoJo SD Project (ジョジョSDプロジェクト, JoJo SD Purojekuto) and was first teased alongside the announcement of JoJo's Bizarre Adventure: Golden Wind.[1]

Pitter-Patter Pop was revealed in the August 2018 issue of Ultra Jump, and features "super-deformed

" (SD) artwork of characters from the JoJo's Bizarre Adventure series.

Before the game released, Bandai Namco previewed the characters in a teaser app called "JoJo's Pitter-Patter Pop! Chiramise" (ジョジョのピタパタポップ ちらみせ) on August 27, 2018. It was a sneak peek that allowed users to take photos with the SD characters appearing in different poses, though the full game is much different.[2]

The top of the screen shows two characters the player controls (such as Giorno and Bucciarati) who face off against a boss character (e.g. Luca) with a health bar. The rest of the screen displays a 6x6 grid consisting of icons of many different characters. Players will have to match the pieces to make the icons flip over and disappear, which increases their score and decreases the health of the boss. Matching over 6 tiles will create a box of that tile, which can be moved just like other tiles and clicked on to open, creating 5 tiles in a cross shape. There are different effects and animations that appear depending on the character that was matched. The battle ends when the boss is defeated or time runs out.

Matching tiles and accumulating points over time will build up the "Stand-up Time" meter and skill meter. The Stand-up Time meter is a blue meter around a grid. Once full, the player temporarily enters Stand-up Time, during which the timer is stopped and matched tiles remain on the board and flip over, allowing the player to build up their combo. Making squares of tiles (up to a 6x6) multiplies the damage. Once Stand-up Time is over, all matched tiles will disappear doing an equivalent amount of damage to the boss, normal gameplay resumes and the meter resets.

If time runs out or the boss is defeated and a character has full meter, all tiles of that character will disappear, adding points and damaging the boss if they have any health left. Any boxes left untapped will open, also adding points and dealing damage if a match is created. If the boss is defeated within a given amount of time, "Rush Time" activates, and the player can repeatedly strike the boss by quickly matching icons to rack up their score and earn additional coins.

Below each character is a skill meter in the form of three stars. Once a character's skill meter is full, their skill can be activated by tapping the character. All characters possess unique skills with different effects falling into one of four categories. "Replace" (変化, Henka) skills replace tiles with others, usually of those of the character activating it. "Enhance" (強化, Kyōka) skills charge tiles so that getting rid of them will do more damage, recharge skills faster, and earn more points. "Erase"(消去,Shōkyo) skills remove tiles without needing to match them. "?" skills are skills that do not fall into any of the previous categories, such as rearranging tiles.

Later, "Boost" (増加, Zōka) skills were introduced which a unit may have in addition to one of the previous skills. These units have different boost levels that increase each time the skill is used per battle.

Skills can be activated in battle and during Stand-up Time, but not in Rush Time. Each unit has five skill levels (excluding the limited Giorno Real Frog ver. which only has one) which determine the range of the skill, their effect, and their cooldown. Cooldown means how many tiles are matched after the skill is used, which varies per character.

There are many different panel types that different characters and bosses can create.

Players have their own JoJo mansion with several rooms that they can decorate with collectable items and props. The characters residing in each room can also be chosen, and they will interact with each other.

Room and premium room interactions grant point and experience whilst the visit grants a heart or one diamond depending if the players follow each other.

Four types of in game currency exist: Coins, Diamonds, Furniture Points, and Furniture Tickets. These currencies can earned by completing missions for levels and daily quests. Coins and furniture points can also be earned by playing through levels themselves. Diamonds can be used to obtain characters from ongoing gacha banners. Characters are categorized into three types of rarity, Gold, Silver and Bronze, with Gold being the rarest and Bronze being the least. Obtaining duplicate characters will help progress that character's skill level. Leveling up a character's skill will upgrade that characters skill, with a maximum level of 5. Characters themselves have a maximum level of 50 and can be leveled up by gaining exp by playing through levels. Every 5 levels, coins will be required to unlock that character's level limit so they can continue to earn exp. Skill Tickets and Level Tickets can also be obtained to earn points towards their skill or level. The player's level determines the amount of rooms available within the mansion. The player can earn points to level up by purchasing furniture or clicking on apartment events. Furniture can be purchased with furniture points and furniture tickets.

On patch 2.5.3 "Adventure" and "Friendship" have been added to the game. By gifting your characters you can raise their Friend Level. When the friendship gauge fills up you'll obtain a character's badge. Each character has at least 2 badges, with certain characters having 3 badges and unlockable voiced responses when they receive a gift. These obtainable badges can be used as your player icon. You can give up to 3 gifts a day per Character. The gifts present themselves as bags of 3 sizes or unique items.

You can obtain Gifts in the Adventure. Adventure is a function in which you can send between 2 and 5 characters to a certain adventure for a determined amount of time where they'll collect items. You don't need to do anything after sending them out, you'll be able to receive the items after the indicated hours have passed. Depending on the chosen course the length of the adventure varies, by going on longer adventures you'll be able to get more items at once. The characters are able to find coins, level tickets, gifts and even diamonds on special, event adventures.

A list of unique gifts and who they belong to

On patch 2.5.14 a new event, "All-out War" has been added to the game. The player is able to fight up to 15 times without consuming hearts for rewards like chests, skill tickets and gacha tickets. The player is not able to use the same characters twice and upon failure there is no penalty. You can reset your progress with a button and the number of clears and used characters will be reset. However, it does not reset the rewards. The event card rotates every month with a different enemy.

On patch 2.5.18 a new permanent stage has been added. The player is allowed to test out unit combinations without spending hearts. The stage works like a Score Attack stage without any obstacles or effects and uses the 60 seconds Score Attack length format. The player cannot use the damage and coin boosts.

The stage repeats itself five times and after the last attempt's time depletes, the board freezes and the player is unable to match or use skills. Upon going into the pause menu, the player can see their data in all five attempts separately, such as damage, stand-ups entered and combo. The stage cannot be completed and forces the player to quit the stage manually.

. There are currently 110 playable units in the game. The units displayed with a

in the tables below are limited whereas

means they are voiced.

Characters with the same name but are different units cannot be used in the same team or put in the same room together.

Dio
(Tyrant Who Leads the Dead)

Kars
(One Who Stands at the Top)
Stardust Crusaders (Part 3)

Jotaro
(Cut Through With Platinum Fists)

Giorno
(Resolve to open a path)

Bucciarati
(The path I believe in) 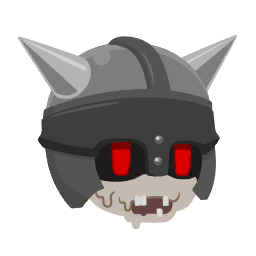 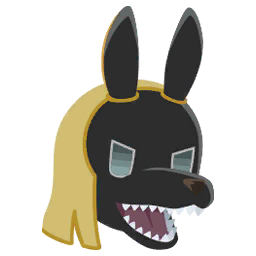 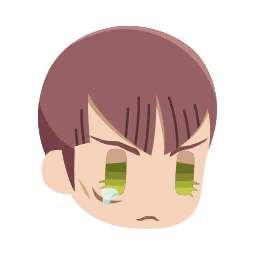 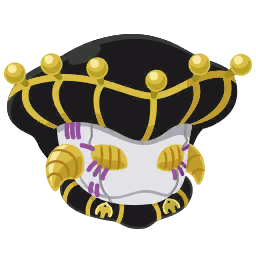 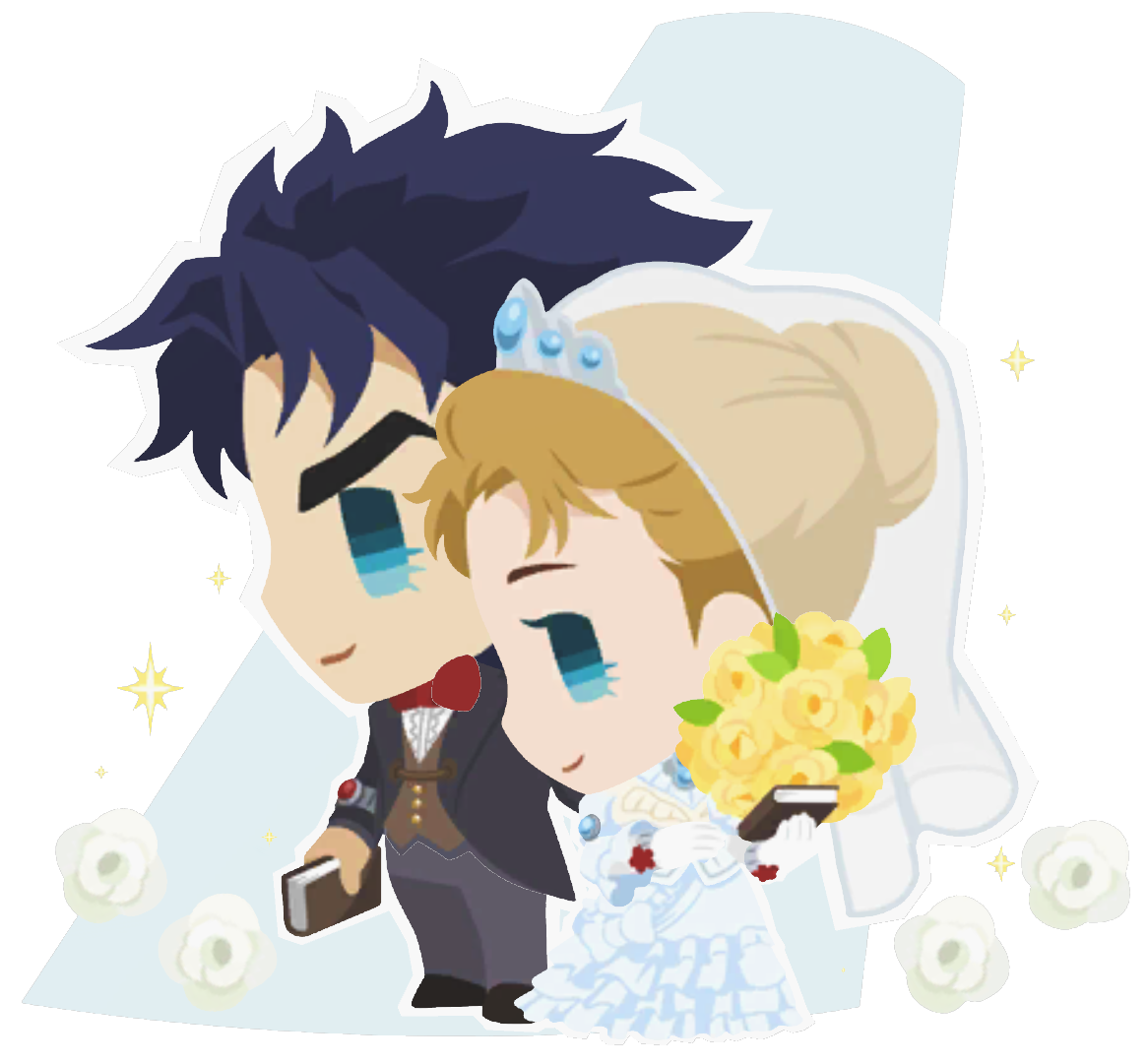 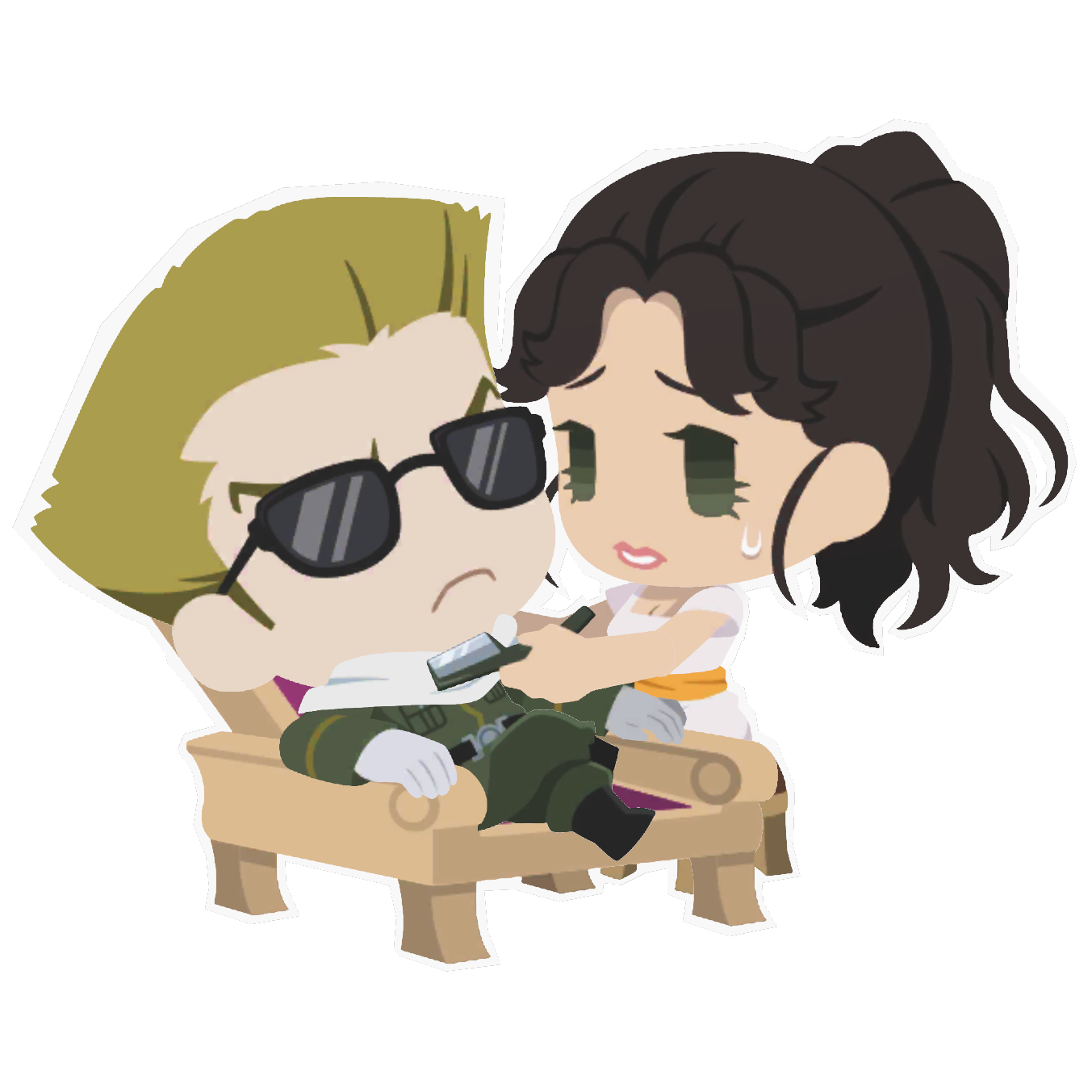 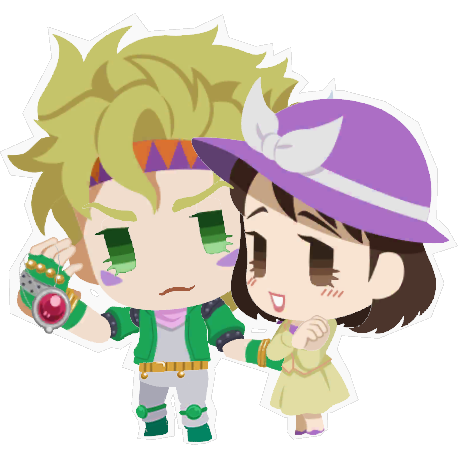 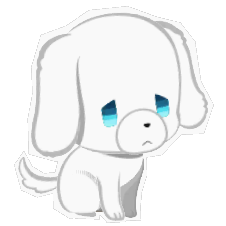 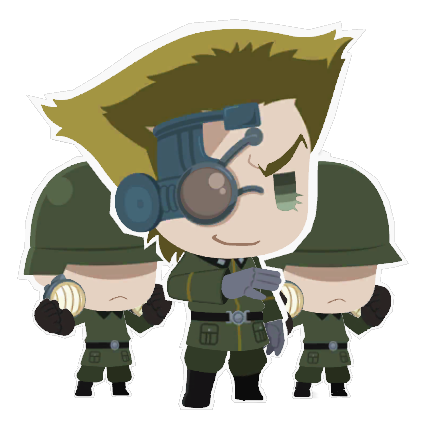 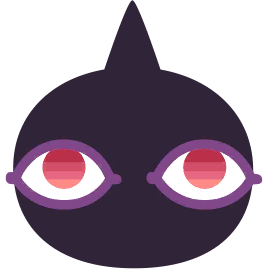 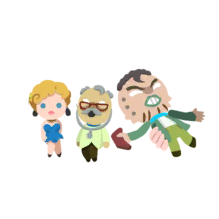 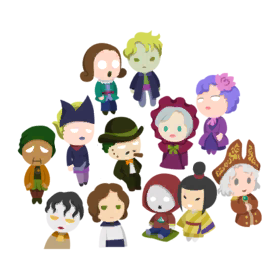 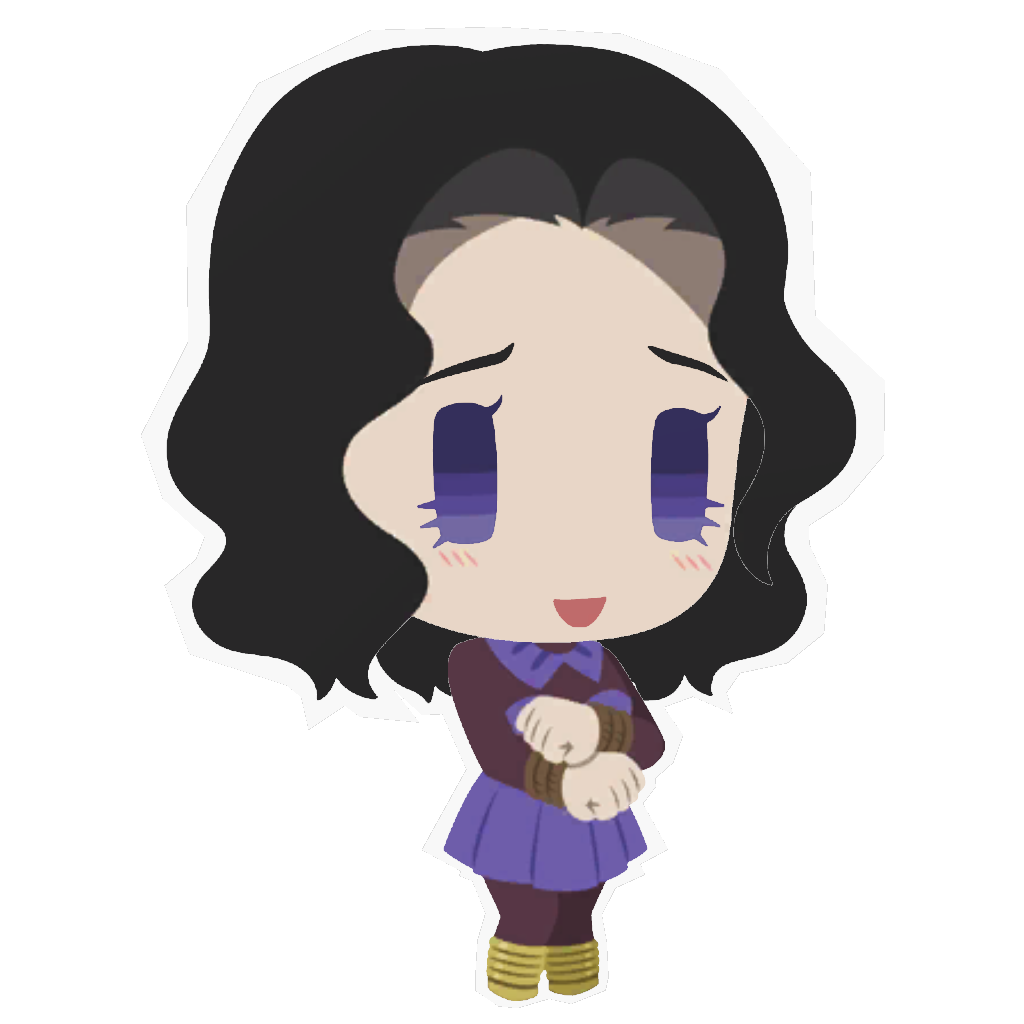 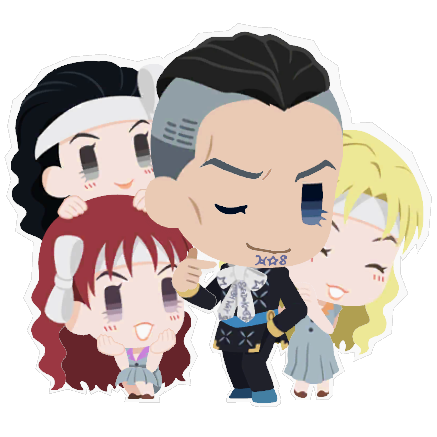 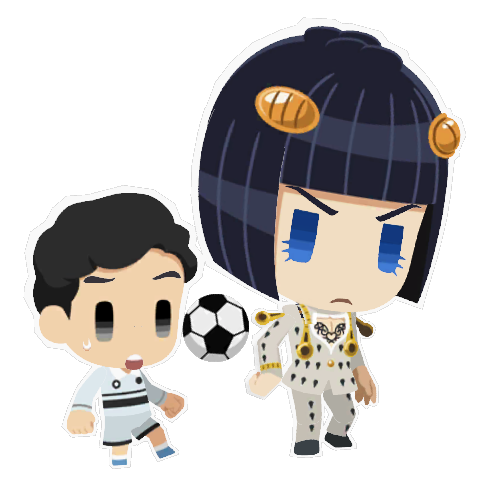 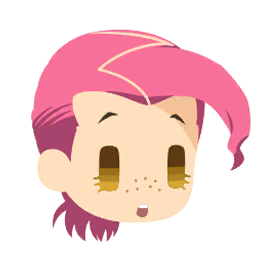 The following have data within the game's files.