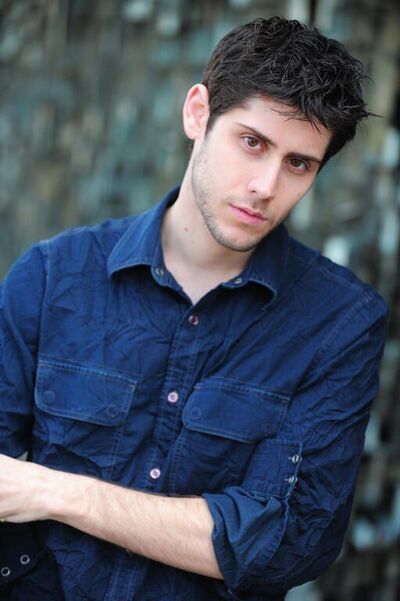 Ben Diskin is an American voice actor. He is credited for his work as the voice actor for the character Joseph Joestar in JoJo's Bizarre Adventure: The Animation's English dub.

He is also known for his roles as Agumon in Digimon Adventure (2020), Young Xehanort in Kingdom Hearts, Knuckle Bine in Hunter x Hunter, Sai in Naruto, Ban in The Seven Deadly Sins, Numbah 1 and Numbah 2 in Codename: Kids Next Door, and Jack in Beastars.

Benjamin Isaac Diskin was born in Los Angeles County, California, USA in 1982. He entered the voice acting industry at an early age, and in 1991 at the age of 9, Diskin won the "Outstanding Young Ensemble Cast in a Motion Picture" Young Artist Award for his role of Sylvester in Kindergarten Cop.[2] He would provide voices for characters in several animated series such as Eugene in Hey Arnold!, Numbuh 1 and Numbuh 2 in Codename: Kids Next Door, and Eddie Brock in The Spectacular Spider-Man,.[3] He also voiced characters in anime dubs and video games.

On May 4, 2019, Diskin won the "Outstanding Performer in a Preschool Animated Program" Daytime Emmy award for his role of Gonzo and Rizzo in Muppet Babies.[4]