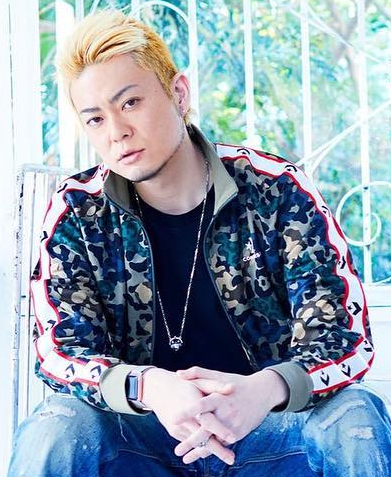 Official Website
Soundcloud
Amadeus Website
@lotusjuice
“
It’s huge in Japan, and the author — Hirohiko Araki — is amazing. He’s like… his ideas are just out there, y’know? And when you see him on TV… he’s 50, but he looks like he’s in his 30s. But yeah, I love JoJo.
”
—Lotus Juice, Otaku USA Magazine Interview (2013)

Lotus Juice is a Japanese musician and one of the pioneers in rap for official Japanese anime and video game music. He is well known for performing in various tracks of the Persona series.

In regards to JoJo's Bizarre Adventure, he was the vocalist for "Overdrive" and "Oh please..." in the Battle Tendency [Musik] soundtrack.

Kenji Nakamura was born in Tokyo, Japan. At the age of eight, he moved to the United States with his family. He was raised in New Jersey and New York. After graduating from high school in the US, he moved back to Japan for university.[1]

Nakamura had already been into music since he was young because his dad loved bluegrass music and played the banjo. When he was fourteen, he bought his first hip-hop album, Midnight Marauders by A Tribe Called Quest. From then on, he got into hip-hop music and would blast songs while at his friend's house or when playing basketball.[2]

Around 2006, Shoji Meguro found somebody who then found Lotus Juice. Lotus Juice had a friend in the industry who called him and mentioned that Meguro was looking for a rap artist who could do game music. Lotus Juice was sent "Burn My Dread -Last Battle-" as a sample track and thought it was amazing, so the two began working together for Persona 3's soundtrack. They got very good feedback from fans, and the original soundtrack sold a lot of copies.[2]

He has been traveling around the world to various countries such as Argentina, Mexico, and USA, performing at anime and game conventions in front of his international fans. His unique flow caught attention from Taku Iwasaki, and their collaboration has gained substantial recognition.[1]

Lotus Juice has collaborated with Iwasaki in several different series, such as Soul Eater, Black Butler, and Katanagatari.

In 2018, Lotus Juice teamed up with Jack Westwood (stage name of Japanese voice actor, Shunsuke Takeuchi). The two release music together as "AMADEUS".[3]

Lotus Juice is a big fan of JoJo's Bizarre Adventure. While living in New York, he would buy Shonen Jump at Books Kinokuniya and read it all the time.

In 2012, he was contacted by Taku Iwasaki to work with him for two songs in JoJo's Bizarre Adventure: The Animation. Lotus Juice was very careful about the lyrics of Overdrive and tried to incorporate JoJo quotes into it.[4] As for Oh please..., he managed to write all of the lyrics in thirty minutes due to his love for the series.[5]

If he could have a Stand, he would love to have Jotaro Kujo's Star Platinum because he thinks it's the coolest and would let him stop time. He would also love if Araki named a Stand after him and thought of sending Araki his album, but as of 2013, he hasn't yet.[2]