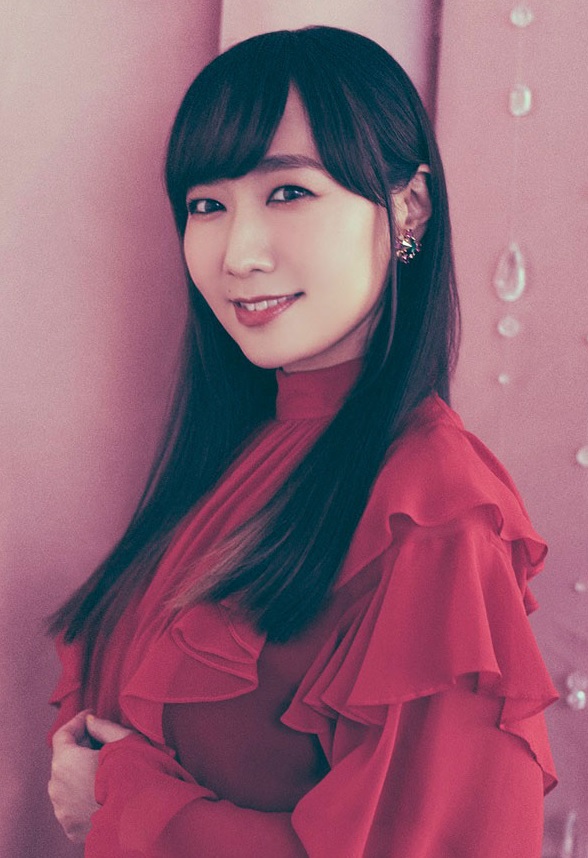 JoJo's Bizarre Adventure: Stardust Crusaders
“
I was truly grateful, but also extremely nervous, to be involved in the anime. JoJo is a series loved by many--including my younger brother and sister--so I was very eager to work on it.
”
—Ayahi Takagaki, 2015

Ayahi Takagaki (高垣 彩陽, Takagaki Ayahi) is a Japanese voice actress and singer. She is notable for being the voice of Mariah in the anime adaptation of JoJo's Bizarre Adventure: Stardust Crusaders.

Takagaki made her voice acting debut in 2006, playing the character Tsubaki Kamigamo in the anime Ouran High School Host Club. She has a fairly wide acting range, from little kids to romantic teens to gentle weak girls to elder sister types to proper young ladies to boyish girls to serious young women.

She had her first major role as voice actor in 2007, providing the voice of Jasmine, a main character of the anime series Deltora Quest. She was subsequently featured in Venus Versus Virus and Da Capo II as Lucia Nahashi and Asakura Otome, respectively. She also played Feldt Grace in Mobile Suit Gundam 00.

She went on to voice Noe Isurugi in the 2008 series True Tears and held a leading role in S · A: Special A, proving the voice of Megumi Yamamoto. She later took the roles of Nina Antalk in Chrome Shelled Regios, and Ein in Phantom: Requiem for the Phantom in 2009. Later that year, she was cast as Alesta Blanket in Fight Ippatsu! Juden-chan!! and as Sumika Murasame, protagonist of Sasameki Koto. Takagaki also reprised her role as Feldt Grace in the second half of Mobile Suit Gundam 00.

In addition to voice acting, Takagaki is also a singer, having graduated with a major in operatic singing. Her first musical performance was the opening theme of the 2009 anime series First Love Limited, titled "Future Stream". Takagaki currently affiliated with Music Ray'n, an artist management and publishing group of Sony Music Entertainment Japan.

Commentary
“
Mariah makes an appearance in the game! I was very happy to have the opportunity to step up to the mic again to voice her, following the anime. I especially enjoyed her interactions with DIO, as I felt we got to see a new side of her! I hope players get to experience all the new dialogue with her in the game! On a personal note, my younger siblings both love JoJo's Bizarre Adventure, and had a lot of fun playing All Star Battle together. So I'm happy to be involved in the game!
”
—Ayahi Takagaki, JoJo's Bizarre Adventure: Eyes of Heaven
“
ゲームにマライアが登場!ということで、アニメに引き続き再びマライアとしてマイクに向かう機会を頂けてとても嬉しかったです!今作はタッグマッチということで、原作やアニメで見ることの出来なかったキャラクター同士のやりとりが面白く、特にDIO様に対するマライアは彼女の新たな一面を見た気がしてとても楽しかったです!プレイヤーの皆様も、このゲームでしか見ることの出来ない様々な会話を楽しんでください! 私事ですが、弟妹が「ジョジョの奇妙な冒険」が大好きで、「オールスターバトル」も我が家で盛り上がっていました。なので、今作で関わらせて頂くことが出来て幸せです!ストーリーはもちろん、キャラクターの攻撃や動きの細部にまで沢山のこだわりが詰まったゲームだと思います!マライアの戦い方は少し特殊ですが、是非彼女のキャラクター性を活かしてバトルを楽しんで頂けたなら嬉しいです!![2]
”
—Ayahi Takagaki, JoJo's Bizarre Adventure: Eyes of Heaven