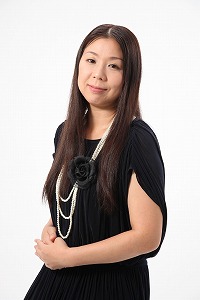 She is the composer for all of CyberConnect2's games, such as the Naruto: Ultimate Ninja and .hack series, and works with vocalist Tomoyo Mitani as part of the duo LieN, notably creating songs for the .hack and Little Tail Bronx series.[1]

Chikayo Fukuda first briefly composed music for Sega games such as Ristar before departing for CyberConnect2. Her first soundtrack for the company was for the game Tail Concerto, in collaboration with Seizo Nakata. In 2007, the duo LieN was formed with Chikayo Fukuda as the lyricist and composer and Tomoyo Mitani as the vocalist. The name was chosen as "lien" means "bonds" in French.[1]