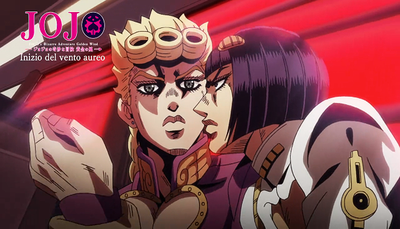 The episode recaps the course of Golden Wind's story thus far, mostly focusing on the various battles that the protagonists go through as well as the route that Team Bucciarati takes throughout Italy.

The episode covers the following battles:

Instead of the standard credits, the episode ends with the after-credits scene from Episode 13.