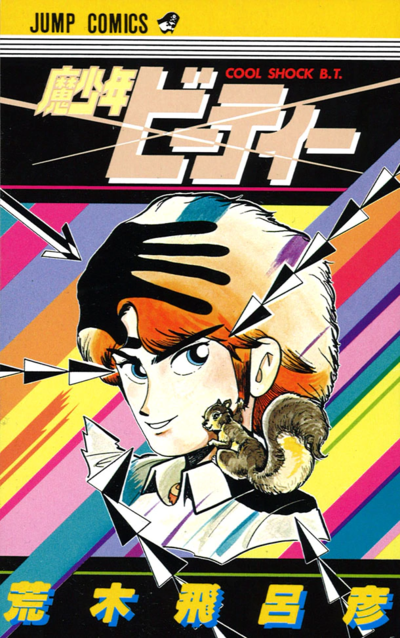 Cool Shock B.T. (魔少年ビーティー, Mashōnen Bītī) is a short Japanese manga series written and illustrated by Hirohiko Araki. It was first published as a one-shot in the 1982 Issue #3 of Fresh Jump, and then serialized in Weekly Shonen Jump (Issues No. 42-51) from 1982 to 1983. Cool Shock B.T. is notable for being Araki's first weekly serialization.

The manga is split into six chapters consisting of several short stories featuring the titular character, B.T., and his borderline-criminal escapades and misadventures with his often unwilling friend, Koichi Mugikari. A volume compiling all the chapters was released on October 1, 1984.

The one-shot is also included in the volume release of Araki's succeeding manga, Gorgeous Irene.

“
The creator of Baoh and JoJo's Bizarre Adventure presents a manga about magic and mysteries! You'll meet him at 13:13 pm, on Friday the 13th. He'll do an uncanny intro where he plays a trick on you! And wherever he goes, trouble seems to always follow. Who is this person who creates such incidents? None other than Cool Shock B.T!
”

The first chapter narrates Koichi's meeting with B.T. and his grandmother. At school, Koichi meets with the two and is asked the direction to the principal's office to which Koichi obliges. B.T. playfully plays a trick on Koichi, pretending to spit many marbles out of his mouth when in reality he only spit one and had the rest of them in his sleeves. 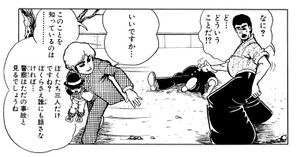 B.T. tries to swindle Date with a fake death 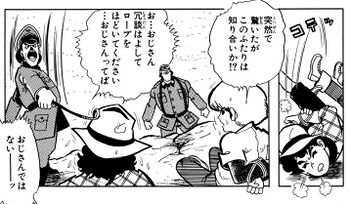 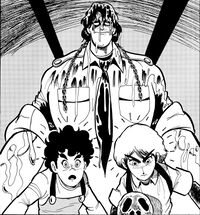 B.T. and Koichi try to steal a dinosaur skull but the museum guardian surprises them

BT meets a freckled boy matching his wits with deviousness 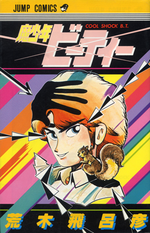 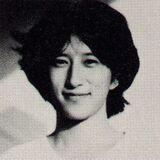 “
People often say to me, "You look just like B.T.!" For what it's worth, I think they're right. But if I may be so bold, if you draw a handsome-enough hero, everyone starts to look like him. I know that many people have provided their support and worked hard in order to compile B.T. into a book. I'll never forget the gratitude I have and the friendship I share with those people. With that said, please enjoy the story of B.T. and Koichi's adventures.
”
—Hirohiko Araki
“
ぼくはよく人に「ビーティーにそっくりだ！」…と言われます。そのとおりだと思います。でも、あえて言わせてもらえるなら、ハンサムな主人公を描けば、みんな似てしまうのです。
ビーティーが本になるまで、多くの人の応援とご苦労があるのを知った。その人たちへの感謝と友情を一生忘れないようにしたいと思います。では、ビーティーと公一くんの冒険譚をどうぞ。
”
—Hirohiko Araki

Araki based Cool Shock B.T. on Sherlock Holmes, mainly the series’ use of intellectual warfare.[3]

The series' publication happened much later than intended due to a misunderstanding between Araki and the editorial department. Due to the title's use of the phrase, Devil (魔), Araki had to persuade the department that the contents of the series had nothing inherently satanic in it, something that was not allowed at the time.[4]