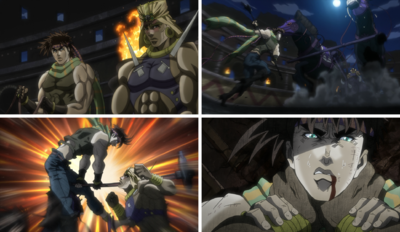 Commentary
“
Shin Miwasa was in charge of the storyboard. Having been a director on Initial D, he's knowledgeable in 3DCG work. So he also had to take care of modeling the arena; double trouble (laughs).