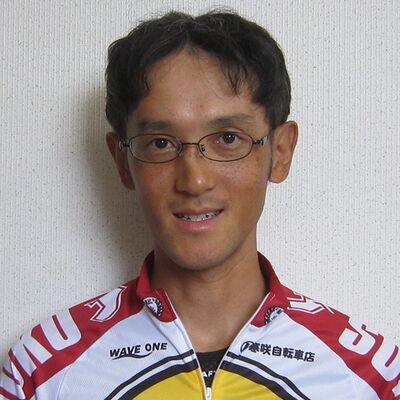 Wataru Watanabe (渡辺航, Watanabe Wataru) is a Japanese manga artist from Nagasaki Prefecture. He is known for his series Yowamushi Pedal. Watanabe was one of Hirohiko Araki's assistants for a month during the publication of Vento Aureo.

Wataru Watanabe was born in Nagasaki Prefecture in 1971. He graduated from the University of Nagasaki.[2]

Watanabe's first notable contact with the manga industry came in 1986 when at the age of 15, his entry was selected as an honorable mention at Shueisha's 22nd Hop☆Step manga Award which was a springboard for aspiring mangakas to get acknowledged and be recruited by Weekly Shonen Jump. Watanabe was also runner-up and mentioned honorably in the Akatsuka Award set up by Shueisha from 1989 to 1992. He would subsequently publish several one-shots in various issues of Weekly Shonen Jump but didn't have the chance to publish a serialized series.

During the publication of Vento Aureo, Watanabe briefly became Hirohiko Araki's assistant for one month. He stated that one of his tasks was to draw the polka dot pattern on Bruno Bucciarati's suit.[3]

From 2001 to 2002, Watanabe worked on supplements for the "magazine Special" published by Kodansha. At that time, his pen name was "Haruo Natsume" Failing to get a series serialized, Watanabe temporarily abandoned his career and became an illustrator at the art club for Nagasaki Broadcasting Co., Ltd before changing his mind and moving to Tokyo to become a manga artist.[2]

In 2002, he took the pen name "Wataru Watanake" and had his first serialized work "Seifuku Nuidara" in the monthly magazine Champion Red which was discontinued in 2005. Watanabe continued drawing mangas for Kodansha afterward, drawing several short series.

In 2008, Watanabe started his most famous manga, Yowamushi Pedal, a manga about cycling. It won the 39th Kodansha Manga Award in the category "Shonen" in 2015[4] and is still in publication. Watanabe also published a spin-off to Yowamushi Pedal named "Yowamushi Pedal SPARE BIKE", which is published on an irregular basis since 2012.

Wataru Watanabe's passion is cycling. In 2015, Watanabe was nominated as the 6th generation "Bicycle master" by the Study group for the promotion of bicycle usage.[5]