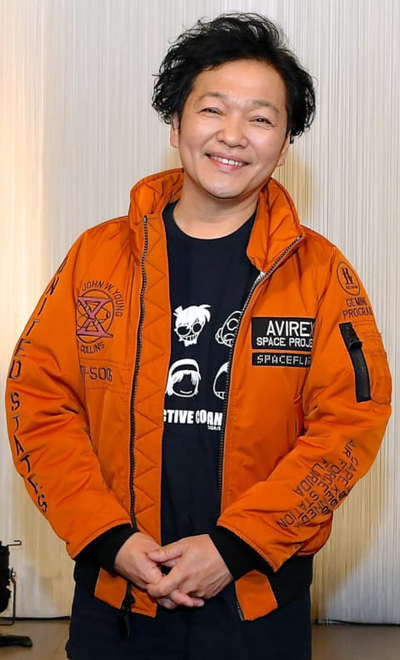 Kappei Yamaguchi (山口 勝平, Yamaguchi Kappei), born Mitsuo Yamaguchi (山口 光雄, Yamaguchi Mitsuo), is a Japanese stage actor, voice actor, and singer most notably known for voicing the character Shigekiyo Yangu in the TV anime adaptation of Diamond is Unbreakable as well as in the Bandai Namco video games All Star Battle and Eyes of Heaven. He also voiced Forever in the 2014 TV anime adaption of Stardust Crusaders.

Yamaguchi is well-known for voicing popular characters such as the titular roles in Inuyasha and Ranma ½, L in Death Note, Usopp in One Piece, Shinichi Kudo in Detective Conan, and Feitan in Hunter × Hunter.

Kappeu Yamaguchi was born on May 23, 1965, in Fukuoka in Fukuoka Prefecture, the son of a carpenter.[3] He graduated from Fukuoka's prefectural Chikuzn High School. In 1984, Yamaguchi moved to Tokyo and entered the Tokyo Announce University College, a vocational school training various performers from voice actors to singers to announcers or even reporters and dancers.

Afterwards, Yamaguchi joined the 21st Century FOX theater compagny and worked there as a stage actor while also acting as a voice actor from the age of 23.[4][5] In 1989, Yamaguchi starred in the role of Ranma Saotome in the Ranma ½ anime, which became a breakthrough role for him. Since then, he has appeared in many works as a voice actor.

Yamaguchi established his own entertainment production company named Goku Co., Ltd, of which he is the president.