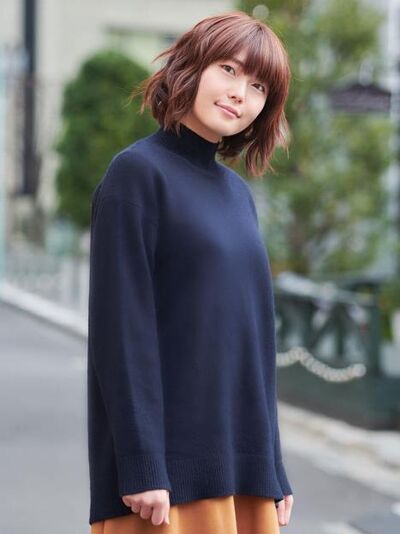 Sayaka Senbongi (千本木 彩花, Senbongi Sayaka) is a Japanese voice actress. She is credited for her work as the voice actor for the character Trish Una and her Stand Spice Girl in JoJo's Bizarre Adventure: Golden Wind.

She is also well known for her roles as Mumei in Kabaneri of the Iron Fortress, Haru in Beastars, Shuna in That Time I Got Reincarnated as a Slime, Nifa in Attack on Titan and Mariella in Black Clover.

Sayaka Senbongi was born in Saitama, Japan, in 1995. She studied acting at the Japan Narration Institute. During her studies, she made her debut as Claire Kokonoe in the anime adaptation of Chronicles of the Going Home Club.[4]

On December 29, 2019, it was announced that she married fellow voice actor Tasuku Hatanaka.