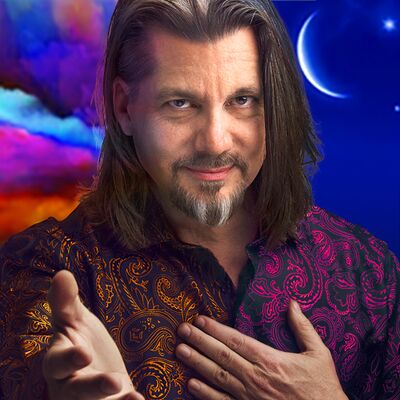 Official Website
D. C. Douglas is an American voice actor, director, writer and editor. He is credited for his work as the voice actor for the character Yoshikage Kira in the English dub for Diamond is Unbreakable.

He is also well known for his roles as Albert Wesker in Resident Evil, Legion in Mass Effect and X Drake in One Piece.

D.C. Douglas was born in Berkeley, California. His father was a salesman and his mother was an artist as well as a writer while his grandparents were vaudeville performers.

Douglas performed on stage in the San Francisco Bay area in the late 70s and early 80s, moving to Los Angeles in 1985 to study at the Estelle Harman Actors Workshop. In Los Angeles, he co-founded the improvisation troupe Section Eight and was also a member of Theatre of NOTE. In 1996, he landed a small role in Boston Common, an NBC pilot. In that same year, Douglas wrote, produced and starred in Falling Words, his first festival film short. In subsequent years he wrote, produced and directed several film shorts such as Duck, Duck, Goose!, which was awarded the Best Short from the Seattle's True Independent Film Festival and Best Actor from the Trenton Film Festival in 2005. In 2009, D. C. Douglas, The Crooked Eye, which won an awarad for Best Narration in the Seattle's True Independant Film Festival, Best Screenplay (HDFest) and Best Animated Short at the Red Rock Film Festival.[2]

At the same time, Douglas had a prolific career as an actor and voice actor. He notably voiced Albert Wesker from the Resident Evil video game series, Raven in Tekken 6 and Legion in the Mass Effect series. In 2016 he wrote, edited and directed an animated short, Ginger & Snapper, with Rachael Leone.

In addition to his commercial and video game voice-over work, he also does many voice-overs for the American Bridge 21st Century PAC and the non-profit progressive research and information center Media Matters for America.[3]