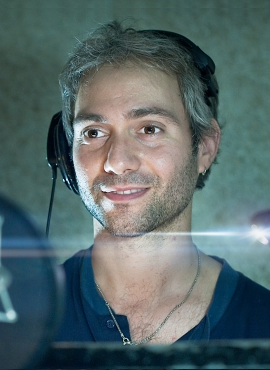 Dario Sansalone is an Italian actor and voice actor. He is credited for his role as Rohan Kishibe in the Thus Spoke Kishibe Rohan OVA series.

He is also well known for his roles as Ryo Asuka in Devilman Crybaby, Caules Forvedge Yggdmillennia in Fate/Apocrypha, Muichiro Tokito in Demon Slayer: Kimetsu no Yaiba and Faust VIII in the 2021 anime adaptation of Shaman King.

Dario Sansalone was born in Syracuse in 1984. After getting a master's degree in dentistry at the University of Milan in 2007[2], in 2009 he graduated from Milan's Accademia dei Filodrammatici, where he studied both acting and singing. He also took part in workshops and seminars held by a variety of theatre actors and directors.[1][3]