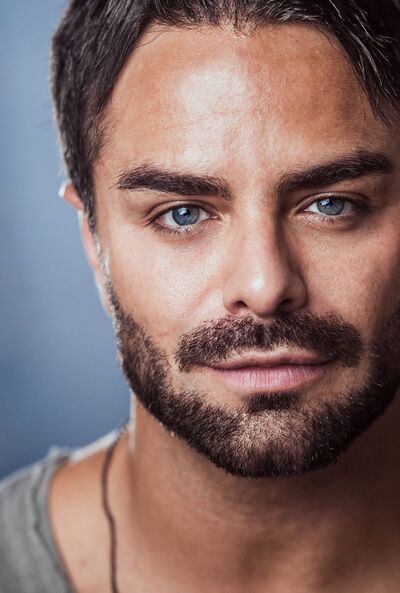 Marios Morenos Gavrilis is a German voice actor who voiced Dio Brando in the German dub of JoJo's Bizarre Adventure and the following parts.

He's also well known for his roles as Reiner Braun in Attack on Titan and Charlotte Katakuri in One Piece.

Marios Morenos Gavrilis is a Greek-German actor and voice actor, born 1985 in Braunschweig. From 2006 to 2010, he studied acting at the Frankfurt University of Music and Performing Arts. He was then a member of the ensemble at the Deutsches Schauspielhaus theatre from 2010 to 2011.[1]

Gavrilis resides in Berlin and Los Angeles and speaks German, Greek, and English. He has appeared in various German TV series such as Alarm für Cobra 11 – Die Autobahnpolizei and Familie Braun. In 2018, he produced a short film titled "Shots Fired", which won the 2019 Award of Excellence at the One-Reeler Short Film Competition in Los Angeles.[2][3]