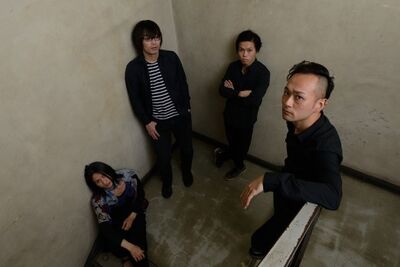 Asato Shinohara (シノハラ アサト) was the original support bassist when the band performed for Diamond is Unbreakable, but left the band in April 2017. Kazuhiro Tanizaki (タニザキ カズヒロ, Tanizaki Kazuhiro) and Masaki Yoshida (ヨシダ マサキ, Yoshida Masaki) were former drummers in the band but left before the group performed "chase".

batta was formed in March 2009. The band split up in March 2010, but then reunited in October the same year. The band has released 4 studio albums to date.

At the end of 2016, Tatsu returned to sing for JoJo's Bizarre Adventure as JO☆UNITED among Hiroaki "TOMMY" Tominaga, Coda, Jin Hashimoto, THE DU, Karen Aoki, and Daisuke Hasegawa. They sang Great Days -Units Ver.-, featured in the final episode of Diamond is Unbreakable.