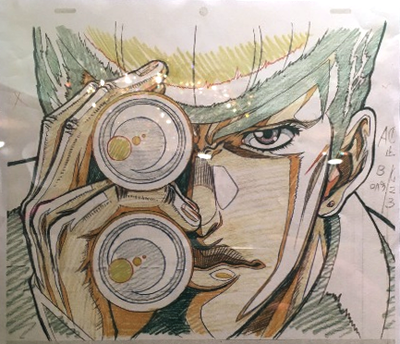 Naruhito Sekikawa (関川 成人, Sekikawa Naruhito) is a Japanese animator credited for his work on the TV adaptation of JoJo's Bizarre Adventure by David Production. He is notable for being the sole animation director and key animator to work on the 16th episode of Diamond is Unbreakable.

Sekikawa is a freelance animator generally known for his frequent involvement with Studio Pierrot and Production I.G. While generally a key animator, some significant roles of his include character and mechanical designer for BEM: Become Human, action supervisor for Hero Mask and prop designer for Tokyo Ghoul.[1][2]