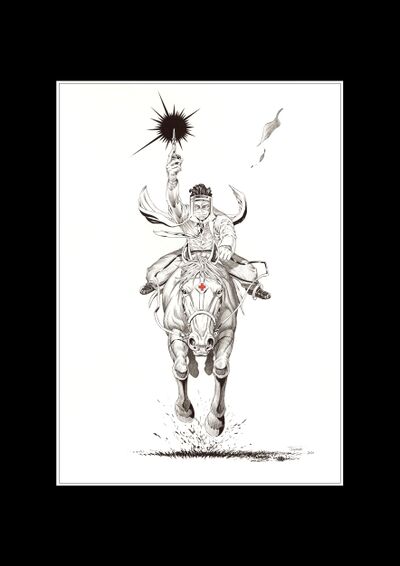 Tsuyoshi Nakamura (中村 剛, Nakamura Tsuyoshi) is a Japanese illustrator from Tokyo. He worked at Lucky Land Communications as one of Hirohiko Araki's assistants in 2000 to 2004 during the publication of Stone Ocean and Steel Ball Run.

Nakamura was born in 1977 in Tokyo, Japan. In 1997, he graduated from Nippon Designers School. Three years later, he was hired to work as an assistant for JoJo's Bizarre Adventure in Lucky Land Communications. He remained as Hirohiko Araki's assistant for four years until 2004.

After that, he became a professional assistant for manga production as well as an independent illustrator. Around September 2018, he started working on colored pencil landscape drawings. His art was exhibited at the Nagakute Art Festival in 2019, where he drew a portrait of his favorite motorcycle, the Kawasaki W650.[2]